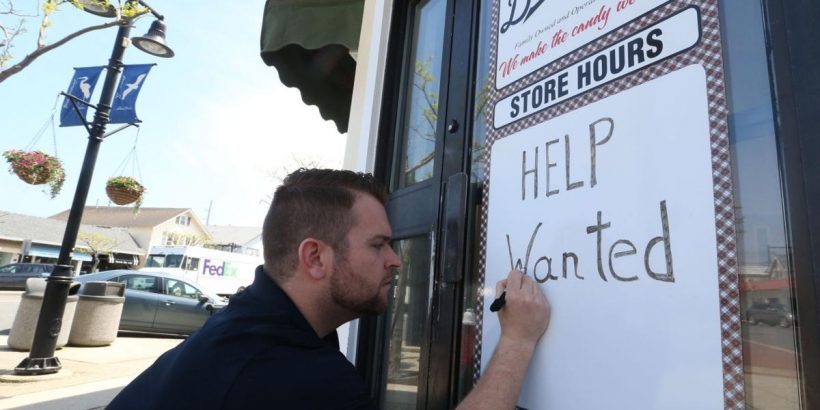 A record number of American workers quit their jobs as of the last business day of September, in a sign of continued labor market tightness that is upping pressure on businesses to boost wages to attract and retain staff.

The Labor Department’s Job Openings and Labor Turnover Survey (JOLTS), released Nov. 12, showed that 4.4 million U.S. workers quit their jobs in September, a record high. The so-called quits rate, which reflects worker confidence in being able to find a better job, rose to a record high of 3.0 percent, with the voluntary separations data painting a picture of labor market tightness and growing pricing power of workers.

“As result of many changes caused by the pandemic, many employers will need to continue to consider raising wages and improving working conditions, such as providing more flexibility, as they attempt to attract and retain workers,” Bankrate Senior Economic Analyst Mark Hamrick told The Epoch Times in an emailed statement.

“This remains an opportune time for people to look for employment while demand for workers remains high. For many employers, the struggle continues,” Hamrick added.

The National Federation of Independent Business (NFIB) said in a Nov. 9 report that a net 44 percent of small-business owners reported boosting wages to attract and retain staff, the highest reading in the 48-year history of the series.

“One of the biggest problems for small businesses is the lack of workers for unfilled positions and inventory shortages, which will continue to be a problem during the holiday season,” NFIB chief economist Bill Dunkelberg said in a statement.

Average hourly earnings rose 4.9 percent in the year through October, the Labor Department said in a Nov. 10 release. Still, with over-the-year consumer price inflation in October running at 6.2 percent—the highest rate in 31 years—wages actually contracted by 1.3 percent in real terms.

Friday’s JOLTS report also showed that the number of job openings on the last business day in September was 10.4 million, essentially unchanged from the prior month’s level. While that’s down from July’s record high of 11.1 million, it’s a historically elevated figure that reinforces the view that willing workers are harder to come by.

By comparison, the official number of unemployed people in the United States was 7.4 million in October, the Labor Department said in a recent release.

“But this comparison leaves some things to be desired given that another 4.4 million were working part-time but wanted full-time work and yet another 6 million wanted a job but were not in the labor force, or not looking for work,” Hamrick said.

The unemployment rate edged down in October by 0.2 of a percentage point to 4.6 percent. At the same time, U.S. employers added 531,000 jobs in October, the largest gain in three months.