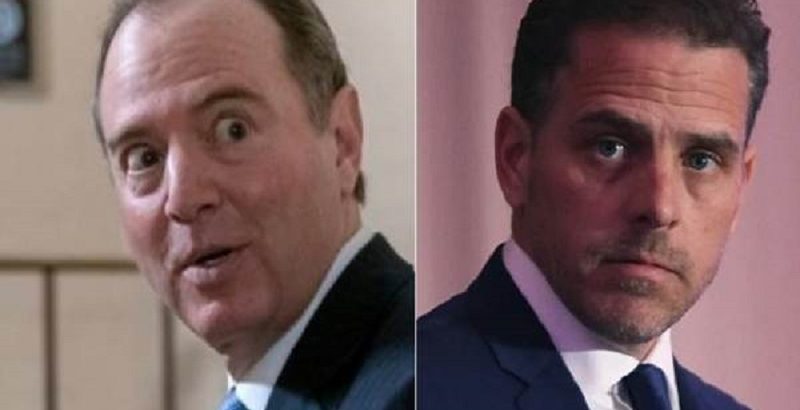 As reported on Wednesday the head of Burisma Holdings was indicted this week in Ukraine!

The claim alleges that Hunter Biden and his partners received $16.5 million over several years for their ‘services’ in Ukraine.

Vice President Joe Biden’s son Hunter Biden took a lucrative post on the Burisma Board in 2014.
Hunter Biden was making millions from the corrupt Ukrainian oil and gas company.

Joe Biden bragged about getting Viktor Shokin fired during a 2018 speech to the Council on Foreign Relations.

The media immediately covered for Biden and said his targeting of Mr. Shokin was totally unrelated to the prosecutor’s corruption investigation into Hunter and Burisma Holdings.

According to CD Media last week former Ukrainian official Oleksandr Onyshchenko said Hunter Biden was receiving “off the books” payments from Burisma in the millions.

Earlier this month the chief of Burisma Holdings was indicted in Ukraine.  He has gone missing.

Now this…
Democrat Adam Schiff is linked to both US corporations named in the $7.4 BILLION corruption case.

Schiff is connected to both BlackRock and Franklin Templeton Investments, two companies that were named in the $7.4B Burisma/US-Ukraine corruption claim that was announced…http://clerk.house.gov/public_disc/financial-pdfs/2016/10016142.pdf …https://en.interfax.com.ua/news/press-conference/625831.html …

Here are US government documents that show Schiff’s links to and donations from BlackRock and Franklin Templeton Investments.

And here is a mention of BlackRock and Franklin Templeton Investments from reports on Wednesday.

Will Adam Schiff and Democrats call this $7+ billion corruption case a conspiracy too?
Someone needs to get Schiff on the record for his ties to these two companies.