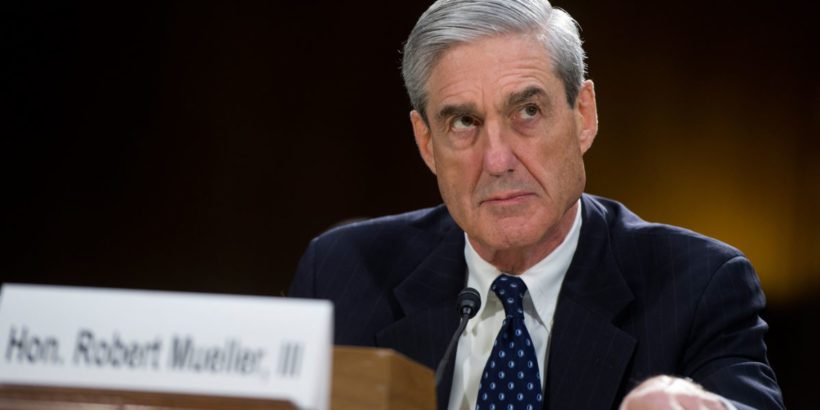 Robert Mueller was “the master when it came to covering up” 9/11, according to a lawsuit.

After a lengthy investigation, special counsel Robert Mueller charged Russia made “multiple, systematic efforts to interfere in our election” and said the incursion “deserves the attention of every American.”

But former FBI investigators say their old boss didn’t feel the same concern when they uncovered multiple, systemic efforts by the Saudi government to assist the hijackers in the lead-up to the 9/11 attacks — a far more consequential, to say nothing of deadly, foreign influence operation on America.

As the head of the FBI at the time, they say Mueller was not nearly as interested in investigating that espionage conspiracy, which also involved foreign intelligence officers. Far from it, the record shows he covered up evidence pointing back to the Saudi Embassy and Riyadh — and may have even misled Congress about what he knew.

9/11 victims agree. “He was the master when it came to covering up the kingdom’s role in 9/11,” said survivor Sharon Premoli, who was pulled from the rubble of the World Trade Center 18 years ago.

“In October of 2001, Mueller shut down the government’s investigation after only three weeks, and then took part in the Bush [administration’s] campaign to block, obfuscate and generally stop anything about Saudi Arabia from being released,” added Premoli, now a plaintiff in the 9/11 lawsuit against Saudi Arabia.

In fact, Mueller threw up roadblocks in the path of his own investigators working the 9/11 case, while making it easier for Saudi suspects to escape questioning, multiple case agents told me. Then he deep-sixed what evidence his agents did manage to uncover, according to the 9/11 lawsuit against the Saudis.

While the Beltway media have portrayed Mueller as a by-the-book former Marine whose integrity is as square as his lantern-shaped jaw — a cop who can’t be compromised — others know better.

“He’s a villain, and an arrogant one to boot,” former FBI Agent Mark Wauck said, adding that his former boss has a long history of acting as a “servant of the deep state,” or the permanent DC ruling class.

A Mueller spokesman declined to comment. But some agents say he was merely following White House orders.

“Any letting the Saudis off the hook came from the White House,” former Agent Mark Rossini said. “I can still see that photo of Bandar and Bush enjoying cigars on the balcony of the White House two days after 9/11.”

Still, others note the hypocrisy of Mueller going after President Trump for conspiring with a foreign enemy.

“Bottom line is, Mueller did not do an investigation on people involved in the 9/11 attacks who were connected to the Saudi government,” a former US counterintelligence official asserted. “Maybe if they were Russians, he would be interested. But he was not interested in investigating [Saudi] terrorists who murdered Americans.”