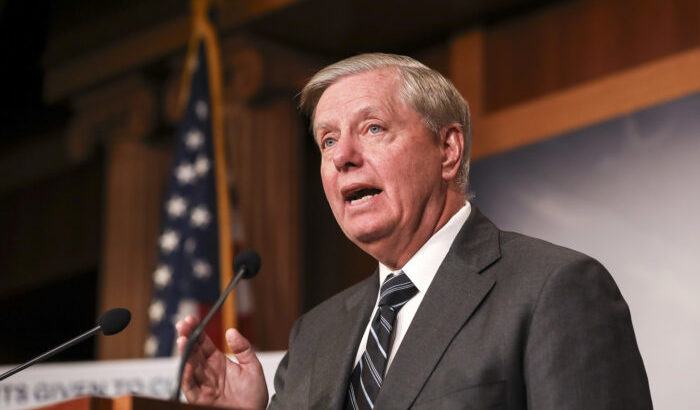 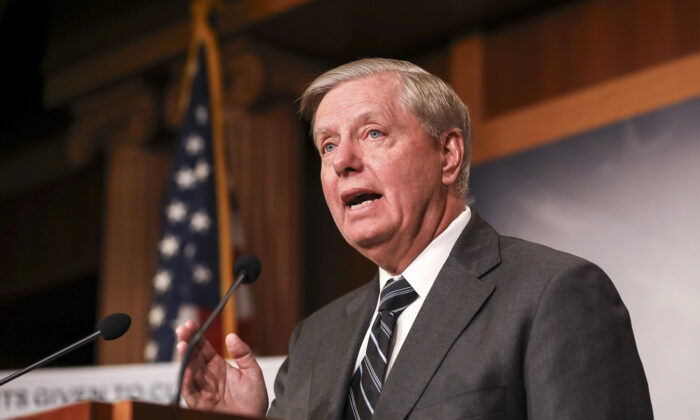 Senate Judiciary Chairman Lindsey Graham (R-S.C.) opened a committee hearing on Wednesday on the Department of Justice’s Inspector General’s report on the Foreign Intelligence Surveillance Act (FISA) investigation, claiming there were widespread problems at the agency when it spied on a campaign aide of President Donald Trump.

Inspector General Michael Horowitz was called before the committee and Graham said the report revealed widespread corruption at the nation’s top law enforcement agency. Horowitz concluded that the errors amounted to a failure that implicated the chain of command at the FBI responsible for handling the FISA applications, including senior officials.

What started off as a few irregularities in the FBI morphed into a criminal conspiracy to defraud the FISA court system, illegally monitor a U.S. citizen, and keep an operation open into a sitting president, Graham stated.

The report didn’t show “a few irregularities” but “what happened here is the system failed. People at the highest level of government took the law in their own hands,” he said.

“These are a few bad people that couldn’t believe Trump” won, he said, adding “this is bad stuff.”

Meanwhile, the FBI never briefed Trump about potential issues or security risks during his campaign, Graham stated, asking: “Why did they not tell him that?”

Mainstream media outlets, Graham argued, have dismissed Horowitz’s report by in large by saying that the FBI made a few errors at a low level.

Graham said of the media’s coverage: “You clearly didn’t read it. If that’s your takeaway that this thing was lawfully predicated, and that’s the main point, you miss the entire report.”

Horowitz formally announced the investigation into the Carter Page FISA in March 2018. Page, a Trump campaign aide, was placed under surveillance after the FISA application was approved.

He submitted a draft report to the DOJ in September. The inspector general’s office interviewed more than 170 witnesses and reviewed more than 1 million documents as part of the investigation. Horowitz released the report as Democrats held the latest round of impeachment hearings.

According to Horowitz’s prepared statement, “Nevertheless, we found that members of the Crossfire Hurricane team failed to meet the basic obligation to ensure that the Carter Page FISA applications were ‘scrupulously accurate.’ We identified significant inaccuracies and omissions in each of the four applications: 7 in the first FISA application and a total of 17 by the final renewal application.”

He added: “We do not speculate whether the correction of any particular misstatement or omission, or some combination thereof, would have resulted in a different outcome. Nevertheless, the Department’s decision makers and the court should have been given complete and accurate information so that they could meaningfully evaluate probable cause before authorizing the surveillance of a U.S. person associated with a presidential campaign. That did not occur, and as a result, the surveillance of Carter Page continued even as the FBI gathered information that weakened the assessment of probable cause and made the FISA applications less accurate.”

Horowitz concluded that his office is “deeply concerned” that basic and fundamental errors were committed by three separate FBI teams.

Those errors came “after the matter had been briefed to the highest levels within the FBI,” he said.