The Media Knows The Deep State Is At It’s Tipping Point. Will They Go Down With The Ship? 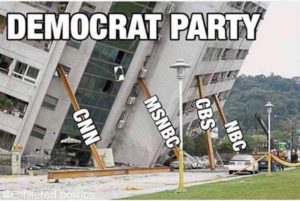 Chaos! Unrest! Even though we don’t like what we see on T.V., hear on the radio or read in the news or on social media, all of this must play out. We will see more sports teams kneel during the National Anthem. The more that is exposed, the worse it gets for them.

Jussie Smollett originally could not find any Trump supporters who would beat him up, so he hired 2 friends to wear MAGA hats and fake-‘lynch’ him.  He got caught but his corrupt friends who held certain offices, dropped all 16 charges. However, a special prosecutor was assigned to the case and is now investigating the entire crime. Jussie claimed innocence due to Double Jeopardy, but the new judge said the the only way Double Jeopardy would apply is if Jussie was legally punished for those crimes, but since the charges were dropped and he was not convicted, Double Jeopardy does not apply. The investigations will continue.

Someone tried to bribe the investigators who are on the Hunter Biden case with six million dollars cash. Hello! This is the Trump Administration and they follow the rule of law! Did these thugs actually think they wouldn’t get caught? 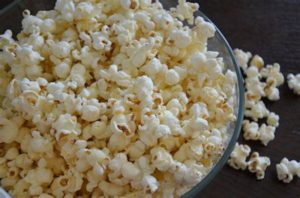 Hillary Clinton lost ALL of her appeals cases. Regarding the 2012 terror attack at the US mission in Benghazi, the use of her private email server with classified info., the 33,000+ deleted emails, etc., the judge ordered her to testify on September 9, 2020. It’s going to be good!

When Barr, Durham, Huber and others finish their investigations, they are going to produce indictments and arrest for prosecution. There will be no public reports, so when people say nothing is being done, just know that the timing must be perfect before the public becomes aware of their findings.

We know the DS created fear with COVID. NY and Michigan governors ordered COVID positive patients into nursing homes. They infected thousands. Those governors have blood on their hands. Will they be held to account? Investigations are under way to find out why this decision was made with a deadly virus.

In Seattle, the Antifa group, Chaz, could have created any rules, regulations or laws. What did they do?  A dictator rose up. They put up barriers. They created their own police force with weapons. Photo ID is required. The Autonomous Zone is a closed border police state. This is what the DS is trying to create all across our country.

Why are Antifa attacking the Lincoln Memorial, the statue of Christopher Columbus, desecrate the Tomb of the Unknown Soldier,  but not touch the statue of Lenin? Didn’t Lincoln free the slaves? Shouldn’t his memorial be revered if the BLM movement really is legitimate or is this a fake story?

Old Glory stands for freedom and equality for all. She knows not what skin color carries her, only that for which it stands, one nation under God, indivisible with liberty and justice for all. Freedom must be fought for. To disrespect the flag, to kneel, disrespects those people who fought and died to provide each and every one of us the rights we are afforded today.

Your voice matters. Your vote matters. Everything we see today is an attempt to eliminate this. They want us to remain powerless, but history reminds us that We-The-People will rise again! Remember, we being awake, is their greatest fear!