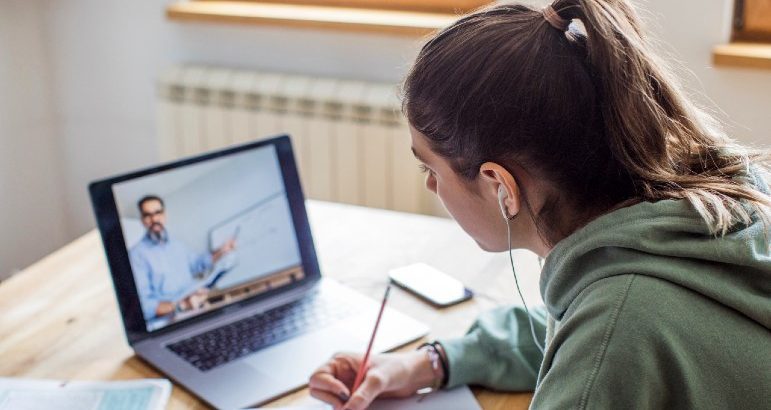 Homeschooling has become an increasingly popular choice during the COVID-19 pandemic as parents, frustrated by remote learning and strict COVID-19 rules, take matters into their own hands.

U.S. Census Bureau data released earlier this year show the percentage of households with children being homeschooled doubled to 11.1 percent in fall 2020 from 5.4 percent in spring 2020.

“Homeschooling became a viable alternative for many parents who had considered it in the past or who were curious but never prompted to change,” William Heuer and William Donovan, authors of a new study on the shift, said in a summary of the research.

Parents who took their children out of public or private school in recent months had various motivations.

Some cited concerns about their children contracting COVID-19 and bringing it home, Jacklynn Walters, media director of the Midwest Parent Educators, told The Epoch Times. Others grew worried about what was being taught at their child’s school. There was also anxiety over remote learning and the lack of social contact.

Children nationwide suffered from remote learning, which has long been understood to be inferior to in-person instruction. The decrease in proficiency on English and math tests during the pandemic was as high as 15 percent, according to the Center for Assessment, which works with departments of education across the United States.

“In core subjects like math and reading, there are worrisome signs that in some grades students might be falling even further behind pre-pandemic expectations,” the U.S. Department of Education found.

Even as millions of students returned to school, many had to abide by harsh rules such as constant masking.

“My daughter, after a while, she wasn’t even getting on the bus anymore, she wasn’t getting up because she was just so traumatized. She didn’t really want to go to school anymore,” Stephanie Saja, a Shelton, Connecticut, resident, told The Epoch Times.

The frustration began building almost immediately when Saja’s daughter started distance learning in March 2020. A mix of remote and in-person learning was implemented briefly in the fall of 2020 but it was distance learning again until January.

After children started full-time in-person instruction then, all of them had to wear masks and had to stay six feet apart. There was little interaction.

Within a month of beginning homeschooling, Saja saw her daughter perk up.

Saja, who works part time, is handling most of the instruction. She’s been emphasizing hands-on instruction with only occasional supplemental videos.

“Not only did she tell me more than once she doesn’t ever want to go back to public school again, she doesn’t want to do any computer [work]. She likes to learn just from the books,” Saja said.

Davina Owens, an estate planning attorney in Sharon, Massachusetts, took her 14-year-old and 9-year-old children out of school because of the sudden remote learning. Owens started teaching her sons in the morning and going to work in the afternoon.

“The world was different,” Owens told Heuer and Donovan. “Everything was changed. The only thing that was the same was that I valued education and I love my kids. So with all of that, I said, ‘Why not try something new this year? It can only be a year and it doesn’t matter because no one is getting a great education this year. So if I fail, whatever failing is in homeschooling, they’ll go back next year, pretty much no harm, no foul.’ So I gave myself permission to try.”

Owens wasn’t sure whether she’ll continue homeschooling. And it remains to be seen how many families who utilized homeschooling in the 2020–21 school year will keep doing it, Heuer and Donovan wrote. But most parents involved with the Midwest Parent Educators plan to, Walters said.

“I would say that most of them are actually deciding to stick with it. They really love the opportunity to be with their children and their family more, and so they’re just really enjoying that family time but also being able to be involved in their children’s academics,” she told The Epoch Times.

Homeschooling does take time and money, primarily in terms of needing a parent to be available to teach. Some parents, though, manage it while working. A couple with different work schedules, for instance, can trade off duties. Most schoolwork can be done on weekends. And in some cases, fathers have been taking on the bulk of the teaching, according to Walters.

There are also different approaches to homeschooling. Parents can go it alone, form “learning pods” with other parents, pay for outside tutors, or have children take a few classes at a private school or a “microschool.” Some mix and match the options.

“There are increasingly more resources now and in the future for homeschoolers to make this easier,” Kerry McDonald, a senior education fellow at the Foundation for Economic Education, told Heuer and Donovan. “Certainly, there will be more investments in online learning and education startups that will facilitate the process of parents taking their children out of school.

Heuer and his wife homeschooled their sons from kindergarten to 12th grade. He sits on the board of directors of the Massachusetts Home Learning Association, which advocates for homeschooling.

Donovan is a business journalism teacher and a former writer for the Providence Journal.

They produced the report for the Pioneer Institute for Public Policy Research, a nonprofit that has a mission of developing and communicating “dynamic ideas that advance prosperity and a vibrant civic life in Massachusetts and beyond.”

Heuer said the disruption to learning that came during the pandemic “made it a good time to make the change” for parents who had been considering a shift to homeschooling.

“It’s unclear how many families view homeschooling as a temporary solution during the pandemic and how many will continue to do it,” Jamie Gass, director of education policy at Pioneer Institute, said. “But after years of steady increases, it is clear that the practice is common enough to be treated as a viable educational choice.”