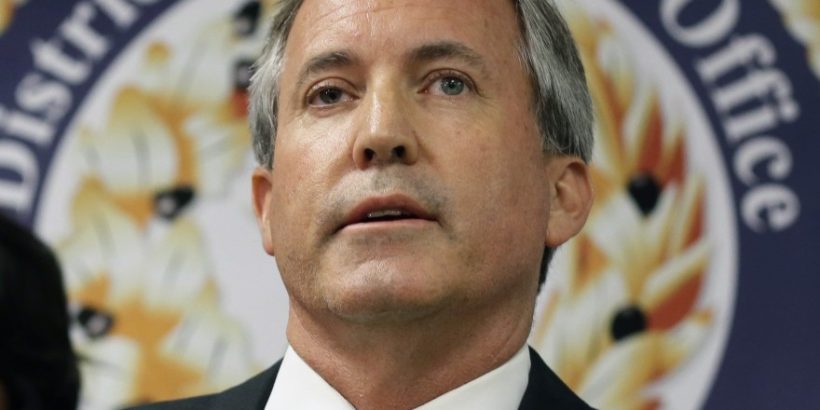 Texas Attorney General Ken Paxton said a Texas federal judge made the correct decision on July 16 in ruling that the Deferred Action for Childhood Arrivals (DACA) program is unlawful and blocked new applications from being filed.

“I think it’s right to stop a president who just decided that he didn’t like federal law … and came up with his own immigration laws,” Paxton told The Epoch Times on July 16.

“And we sued him, rightfully so, for violating federal law, and making up his own laws about who gets to stay in the country.”

U.S. District Judge Andrew Hanen ruled on the lawsuit, which was brought by Texas and joined by Alabama, Arkansas, Louisiana, Nebraska, South Carolina, and West Virginia. The states argued that the program is tantamount to federal overreach.

If the decision is appealed, which is likely, it will go to a panel of three judges on the Fifth Circuit, then ultimately the Supreme Court.

DACA was enacted by former President Barack Obama by executive order in 2012. The program shields from deportation about 800,000 illegal immigrants that arrived in the United States when they were children.

Hanen’s order doesn’t affect the status of current DACA recipients, who have renewable two-year work permits and are exempt from deportation unless they commit certain violent crimes.

The Trump administration attempted to rescind DACA in 2017 to force Congress to legislate a permanent fix, but the Supreme Court ultimately blocked the move in 2020. A subsequent attempt to block new DACA applications was rejected.

Paxton believes the DACA decision will boost other pending lawsuits that accuse the Biden administration of executive branch overreach.

He said the Biden administration is currently pushing for “as much amnesty as possible,” and as much “illegal immigration as possible.”

“They’re trying to bring as many people into this country from as many places as they can,” he said. “They’re sending as many of these people to states that they consider Republican states.

“There’s two reasons: voting, and second, to punish these states for being Republican—make them pay with higher crime and more costs.”

In June, Border Patrol agents apprehended 188,829 people illegally crossing the border—averaging 6,294 apprehensions a day, according to Customs and Border Protection (CBP). Agents have apprehended an increasing number of illegal aliens each month this year.

“I think that case was so wrongly decided,” Paxton said. “And if we find the right case, we’ll take it back up.”

The Arizona legislature passed SB 1070 in 2010 in an attempt to secure its own border after it said the federal government was failing its duty.

“They were just trying to protect their state from harm and the federal government wouldn’t protect them,” Paxton said.

“And the Supreme Court said, ‘Sorry, you guys are stuck with the consequences of the federal government not enforcing their laws and there’s nothing you guys can do to protect yourselves—you just have to take it, whatever it is, whether it’s more crime, whether it’s higher costs, whether it’s people dying—it’s too bad, you have to accept all of that.

In Texas, several counties are looking at ways to deter illegal immigrants from entering their counties, including prosecuting them locally for misdemeanors such as trespassing and evading on foot.

Border Patrol has apprehended almost 615,000 illegal aliens entering Texas from Mexico during the five months from February through June, according to CBP statistics. Thousands more have evaded capture.

Meanwhile, Paxton said the Mexican cartels are “gaining immense wealth and power along the border and in our states, and really across the country, because Joe Biden and this administration is handing them the keys to the country.”