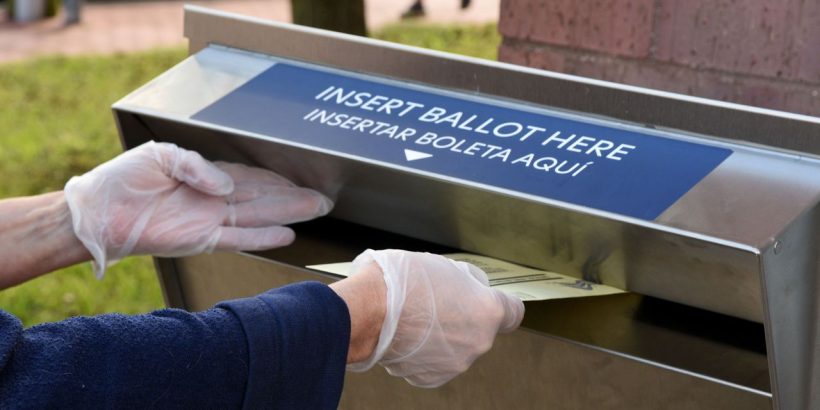 A South Texas woman admitted Friday to a list of election fraud felonies.

Texas Attorney General Ken Paxton announced that Monica Mendez of Port Lavaca pleaded guilty to 26 felony charges, including three counts of illegal voting, seven counts of assisting a voter to submit a ballot by mail, eight counts of unlawful possession of a mail ballot and eight counts of election fraud.

The charges stemmed from a 2018 water board election in the small town of Bloomington, about 130 miles south of Houston, according to the Victoria (Texas) Advocate.

The water board election came under suspicion when it was discovered that 275 residents of the small town registered to vote under the same post office box address.

The address was later linked to a housing nonprofit.

“Mendez ran a vote-harvesting operation on behalf of a subsidized housing corporation in order to influence the outcome of a utility board election,” Paxton said of Mendez’s conviction.

The charges against Mendez alleged that she mishandled and abused eight ballots.

Victoria County elections officials prevented Mendez from continuing to work as a volunteer deputy registrar when they learned the state was investigating her conduct as a volunteer.

“Once we get wind of something that’s not right, we have the right to revoke her certificate,” Victoria County Elections Administrator Margetta Hill said.

The 37-year-old will avoid serving any prison time, however. District Judge Eli Garza sentenced her to fines of $1,415, 80 hours of community service and five years of deferred adjudication probation.

Texas is not generally thought to be competitive in national elections, but Democrats in 2020 poured resources into the state in hopes of flipping several House seats in the state.

South Texas could play host to some of the most competitive congressional elections in the nation in November. A Republican candidate secured an upset victory in the state’s 34th congressional district earlier this week.

Bloomington is part of Texas 27th congressional district, which is directly adjacent to the 34th but more strongly Republican, according to GovTrack.