What Did John Durham Do? What Did He Say?
What Are His Findings? Mum’s The Word! 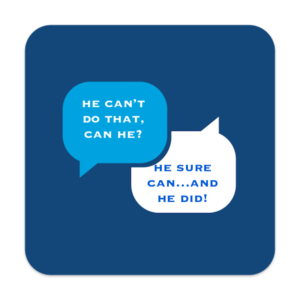 The Deep State, the mainstream media, the corrupt politicians are in such a panic like never before!  Their talking points have been around what John Durham did do vs. what he cannot do.

The MSM rarely mentions the Durham investigation. They don’t know what is going on. The DS players cannot function without knowing Durham’s findings. His lips are sealed and they are being tortured because of it.

When Bill Barr was testifying in front of Congress, he said he did not have issue with releasing his findings prior to the elections.  If the person being investigated is not running for office, there is no reason why he won’t release what he found.

However, those who are panicked know of the domino effect. If one person falls, there will be more!

What have the Senate and House done in regards to the investigation?  Some members want the Inspecter General to investigate Durham’s probe because some say his findings may interfere with the 2020 elections. They are panicked!

They wouldn’t be pushing this if the Durham investigation was not real.

Let’s reverse this: If Trump said to Mueller, that he wanted the IG to investigate Mueller’s probe, Mueller’s team and everyone against Trump would call, ‘obstruction!’  Shouldn’t they now be called out for obstruction?

FBI’s Director, Christopher Wray, may be removed from his position. President Trump tweeted out the following, “But Chris, you don’t see any activity from China and even though it is far greater than that, Russia, Russia, Russia, they will both, plus others, be able to interfere in our 2020 election with our totally vulnerable unsolicited counterfeit ballot scam. Check it out!”

In a previous post, there was something about China creating counterfeit ballots to mix into the 2020 election. After all of this, information states the White House is creating a short-list of candidates to replace Christopher Wray.

The Deep State, the mainstream media, the corrupt politicians, are in a panic because once Trump makes the announcement of who replaces Wray, they’re going to distract by challenging his authority of firing the Director of the FBI… Schiff, Pelosi, etc. We saw this exact scenario before and most likely we’ll see it again!

These people are employees of the current administration. Trump has the complete authority to fire if he thinks they are not doing their job. 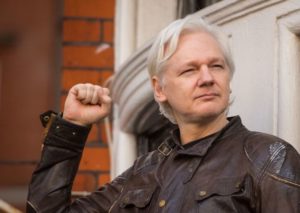 Julian Assange is in the UK in court and will be extradicted back to the United States. Rumor has it Trump will pardon him if he turns over the information of what happened with the DNC. Is the media saying this to try to get ahead of the narrative?

Cat Namus tweeted out, “BOOM!! Enjoy the [bleep] show! Assange proves the DNC had the motive to kill Seth Rich. DNC paid Google’s Crowdstrike 100K to investigate the hacked emails that Wikileaks published 1 day after Seth’s murder. Google then blamed Russia to frame POTUS of collusion and impeach him.”

“I cannot put into works how massive this revelation is towards the plan. It’s all coming to fruition of the stuff we’ve been exposing for years. It proves there is a legit Deep State Cabal who has been operating above the law Wow, big time!”

‘The media knows how he received the DNC emails which has nothing to do with Russia. It ties in with the Weiner laptop and the Clinton Foundation and is said to have been involved in many black ops in selling out CIA agents’ locations in China leading to the murder and selling Haitian babies to sex rings after the earthquake…’

‘Crowdstrike is not only owned by Google, it is equally owned by Warburg Pinkas, the famous illuminate family…’

‘The fact that Crowdstrike is owned by Google and the Warburg family is led  to major information. Key family notes Active Fed Reserve intermarried with Rothchild …and even Al Gore…’

Trump stressed in his presser today that mail in ballots are a fraud and that voting in person in a safer method for votes to count. People are voting in Virgina at the polls and they don’t seem to mind standing in line.

The U.S. Marshal is tracking down and rescuing children. Many countries are shutting their borders to overflow which means trafficking is being severely impacted.

Trump is continuing his peace deals.  His plan is to go from country to country to create peace.  Everything the Deep State set up is completely falling apart!  The entire pandemic is also falling apart and the MSM is trying everything they can to keep those flames alive. People are seeing the truth, the pandemic was faked. 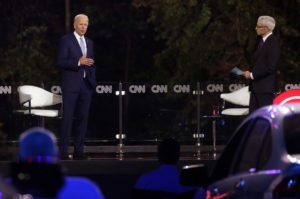 Joe Biden was being interview by Anderson Cooper. He was consistently 6′ away from Anderson. When he thought the camera was off of him, he walked up and whispered something in his ear. Did our whole lives flip on a fake narrative of social distancing? It seems Biden thinks so!

Nancy Pelosi gets her hair done in a closed shop by mandate without a mask. When she gets caught, demands the business owner apologize. Disgusting!

The CDC, once again, changed their testing policy. They ought to be called, the ‘Center for Disease Uncontrolled!’ Now, they are saying people who are in contact with COVID-19 should be tested regarless of whether they have symptoms or not!

Just a month ago, they said people don’t need to be tested if they don’t feel any symptoms. Why are they flip-flopping? Something is not right.

So, if we should be listening to the CDC, the FDA, Fauci, and science, saying vaccines are safe, why is Bill Gates saying not to listen to the FDA? The narrative was get vaccinated or you could not buy food, nor work. Trump is pushing the narrative of vaccines (or therapeutics) and now Gates is saying don’t listen to the FDA. Has he become an anti-vaxxer?

Remember before social media when all we had was the news on television? We simply were at the mercy of their narrative virtually without the ability to find out anything different. Now, with social media at our fingertips, we have every opportunity to search and research truth.

The media is having a huge problem trying to control the narrative. They have resorted to shutting down everyone who opposes their narrative. Digital Soldiers are finding ways around this to continue getting the truth out. We are making a vast difference!

The U.S. Marshal has reported many children are being rescued.  There are ten thousand tactical subterranian tunnels in the world.

The Pentagon reported they are preparing for war underground, subterranian combat. The enemy could be beneath our feet and we may not know it. The underground  may be out of sight, but they are valued during a time of war.

What is the military actually preparing for? Their documents reveal tunnels with listening posts, conference chambers, casualty collection points, sleeping chambers, storage, false tunnels, kitchens, etc. Why are they training to fight underground? What is their mission? Is it combat or rescue?

The Art of War is when baits are held out, disorder, is feigned, then the enemy gets crushed.  Trump is holding out the bait. The Deep State is taking it.  They will get crushed!