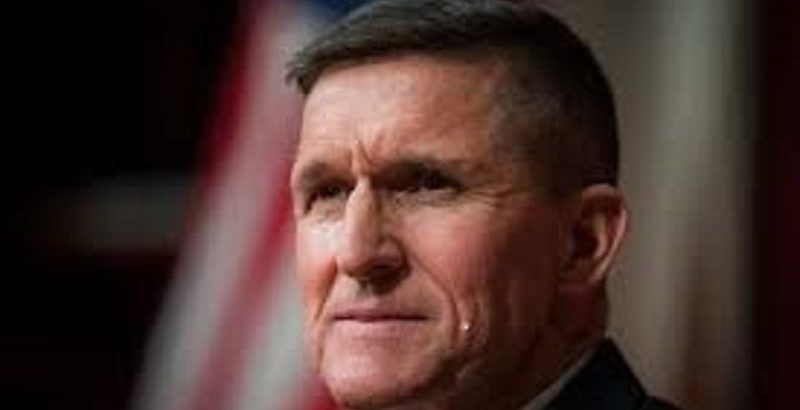 The attorney, Sidney Powell, accused former special counsel Robert Mueller’s staff of being part of the conspiracy to spread and use the bogus anti-Trump dossier against President Donald Trump and his associates. 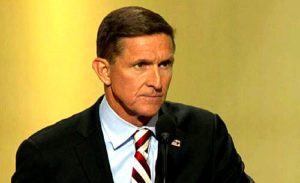 Flynn was ensnared by the conspiracy, Powell said, according to a Sept. 1 report by Rowan Scarborough for The Washington Times.

Powell, a Texas-based appeals litigator who had been an active cable news and radio talk show critic of Mueller and Weissmann, handled appeal cases in the Enron Corp. scandal, for which Weissmann served as the top Justice Department prosecutor. She accuses him of withholding exculpatory evidence in that case too.

The convictions of five Merrill Lynch analysts were overturned by an appeals court. The Supreme Court unanimously threw out Weissmann’s conviction of the Arthur Andersen accounting firm, which collapsed under indictment.

As Flynn awaits sentencing after pleading guilty to lying to FBI agents, Powell said she asked Judge Emmet G. Sullivan to order prosecutors to turn over more evidence so she can determine how the Clinton-FBI alliance affected Flynn, Scarborough’s report said.

Powell also envisions a scenario where Flynn’s guilty plea could be rescinded.

Anti-Trump agent Peter Strzok was one of the agents the FBI dispatched to interview Flynn. Strzok headed up the Trump-Russia probe, used the unverified dossier later proven to be false, and vowed in a text message to “stop” Trump.

The other agent who interviewed Flynn was the link between the FBI and former Associate Deputy Attorney General Bruce Ohr, the report said.

Andrew Weissmann, the top prosecutor on Mueller’s team, had been briefed by Ohr on Steele’s long list of conspiracies. Mueller’s final report said he didn’t establish that a conspiracy existed.

“It is imperative the defense obtain the Bruce Ohr 302s and notes — unredacted — and all evidence of this circuitous and illicit operation,” Powell told Judge Sullivan. FBI agents file 302 forms on their interviews.
Powell also wants the judge to order prosecutors to turn over all unredacted text messages between Strzok and his lover at the time, FBI counsel Lisa Page.

Ohr was briefing the FBI and Weissmann months before the two FBI agents interviewed Flynn in January 2017 at the White House. “They thus were well aware of Mr. Steele’s allegations against the Trump campaign. In fact, the FBI used the dossier as evidence to obtain a judge-authorized wiretap on at least one campaign adviser,” Scarborough noted.

Former FBI Director James Comey “has bragged publicly about how he was able to dispatch the two agents without notifying White House counsel because Trump aides were preoccupied with setting up the new government,” Scarborough wrote.

Powell wants Flynn’s sentencing put on hold as she investigates whether the government withheld “Brady” material — evidence that favors a defendant.

Powell said her efforts forced the prosecution on Aug. 16 to turn over 300 pages of new material. The government said it did not contain Brady evidence, but she disagreed.

“Any reasonable attorney familiar with the allegations against Mr. Flynn would recognize that this evidence contradicts and undermines the prosecutors’ ‘theories’ of any wrongdoing,” Powell said. “The production of August 16, 2019, also proves that the government has long had this information in its possession.”

“The government has a crushing 95% or higher conviction rate,” Powell wrote in her Aug. 30 motion. “It is virtually impossible to defend successfully when the might and power of the federal government focuses on the destruction of an individual, and the government holds all the cards.

Judge Sullivan previously ordered the prosecutor to turn over all Brady material. “If Powell can convince the judge that they didn’t, then she might ask that the guilty plea be erased,” Scarborough wrote.