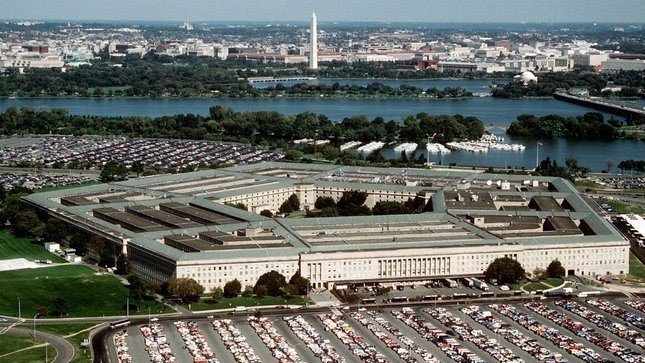 May 03, 2019 – 03:21 PM EDT
Pentagon departure expands vacancies in DOD
Another Pentagon official is stepping down later this month, adding to the void of confirmed top-tier officials within the Department of Defense (DOD).
Robert Daigle, the director of DOD’s Cost Assessment and Program Evaluation (CAPE) office, will leave after two years in the role.
The news was first reported by Foreign Policy and formally announced in a Friday statement from acting Defense Secretary Patrick Shanahan.
“On behalf of the entire Department of Defense, I thank Bob Daigle for his extraordinary service over the past two years.”
He adds that Daigle and his team “have been key architects of the investment strategies that ensure our military is ready to compete, deter, and win in any high-end fight of the future. These investments have formed the foundation for our Department’s FY19 and FY20 strategy-driven budgets, enabling DoD to field new technologies and weapons systems at the speed of relevance.

“We wish Bob and his family all the best in his future endeavors. His strong leadership will be missed across the Department.”

Defense News reported that Daigle is leaving in mid-May to rejoin the private sector.

Daigle had led CAPE since August 2017, overseeing several major decisions, including the move to shutter the USS Truman aircraft carrier – a plan overturned by the Trump administration earlier this week. He also was behind the requirement that the Air Force buy more F-15X fighter aircraft, though service leaders had not asked for them.

His departure adds to the growing number of top positions left empty or filled by individuals in an acting basis, including the secretary and deputy secretary of defense, the Pentagon’s chief management officer, the office of the undersecretary of personnel and readiness and the Air Force secretary.