The News Is Dead, We Are The News Now, Handle With Care 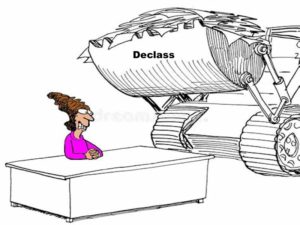 Even with the United States Intelligence Community declassifying 53 transcripts proving Gen. Flynn’s innocence, the MSM will continue to spin the narrative and lie to the public. The set-up of Flynn has been exposed. Each time something is declassified, all those DS puppets cannot escape the cascade of information proving their intent to deceive Americans.

Facebook’s censorship is at an all time high. They are completely biased having a political agenda. This is why we are seeing unfair shutdowns, bans and removals. One appointee, actually fantasizes about President Trump getting shot. Why is that even allowed, but posts about ‘theories’ are not?  Journalists are asking viewers to subscribe to their websites in case of a social media shutdown. X22Report.Com is definitely one to follow.

Thousands of physicians are being silenced by the DS. Many don’t believe masks work and don’t believe healthy people should be quarantined. Everyone is getting angry with this lockdown. The Great Awakening is happening and the medical industry is on board.

Fox News interviewed POTUS.  “It’s a very, very sad thing for our county,” he said.  “That’s why  Schiff…didn’t want to release any of those documents. There’s more to come from what I understand and they’re going to be far greater than what you’ve seen so far. What you’ve seen so far is incredible, especially as it relates to President Obama. If anyone thinks he and sleepy Joe Biden didn’t know what was going on, they have another thing coming.”

All these talking heads around General Flynn’s investigation are on camera saying one thing but according to declassified information, they say something completely different. They accused Flynn of lying, but what were ‘they’ doing to the American people?  All of this was done ‘knowingly,’ it was documented, and they are in trouble.

The DS is afraid of Bill Barr for his ability to declassify everything. We are told they are going after Barr but the Patriots know exposure is the best way to continue waking people up.

Adam Schiff told everyone there was a ton of evidence, indictments were coming against Trump. If this is all true, and with the supposed deck stacked against Trump, why is he still in office? What Schiff told the media was fake. He used this to fool the people. Declass will expose all.

The entire Patriot operation is about to blow. More people are realizing they were lied to by the media, the real enemy. Others will be hurt, mad and embarrassed when they awaken to the truth.  Q says, ‘Handle with care.’ The Great Awakening is a powerful force and with compassion from those already awake, this may very well be the glue that unifies our country once again.