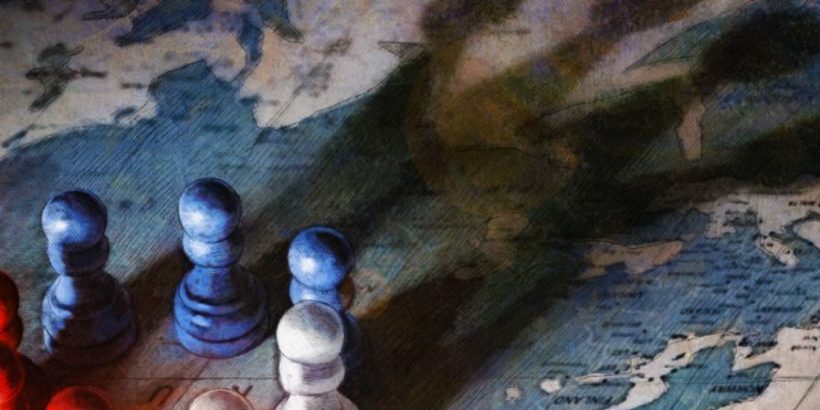 Get caught up on the happenings – a summary of today’s hectic activities, through the eyes of Hal Turner.

Vice-President Michael Pence has been ORDERED to return immediately to the White House for an unspecified emergency.

The Vice-President was traveling  aboard Air Force 2, which was immediately diverted back to Washington.

White House is now denying there is an “emergency”  U.S. Vice President Pence, who was on his way to New Hampshire, has been called back to D.C. because ‘something came up’; official says no cause for alarm. . .

PUTIN TO MEET HIS DEFENSE MINISTER

Putin canceled participation in the forum “Rivers of Russia” for the an urgent meeting with Shoigu,” said Dmitry Peskov.

European Commission Security Counsel has been called in for an urgent meeting in Brussels, Belgium.

It says the crew members were poisoned by fumes when the vessel caught fire while taking measurements in Russian territorial waters on Monday.

The fire was later put out and the vessel is now at Severomorsk, the main base of the Russian Northern Fleet in the Murmansk region.

The ministry did not say how many crew members were aboard at the time.

It also did not specify the type of the submersible.

An investigation into the incident has begun under the commander-in-chief of the navy.”

HAL TURNER REMARK: Why say “in Russian Territorial Waters?”   This strikes me as odd.

Could this submarine “fire” have been something OTHER THAN a fire?   Was a Russian sub attacked?

Now that the sub is back at base, has Russia been told something by any surviving crew that might lead Russia into a military confrontation with somebody???

Perhaps this news about the sub is totally unrelated to the “Emergency” meetings taking place in Washington, Moscow and Brussels.  But if it is not this submarine, then what?   Skuttlebutt is saying ISRAEL may have some plan to attack IRAN, but nothing substantive on that topic.   Just speculation.

Whatever is going on is being held very close to the vest in the corridors of power.  Word is not (yet) leaking out what these abrupt developments are about. Further updates to appear below . . .

President Putin, Supreme Commander-in-Chief of the Russian Armed Forces and Russian Defense Minister Shoigu to hold an urgent meeting about the blown up submersible vehicle in which 14 Russian sailors perished earlier today.

UK “COBRA” meeting in session too.

Chief of the General Staff of the Armed Forces of Russia, General Valery Gerasimov, SUMMONED to join President Putin and Defense Minister Shoigu in Moscow.

FYI:  “The Foreign Emergency Support Team (FEST) is the U.S. government’s only interagency, on-call, short-notice team poised to respond to terrorist incidents worldwide. The FEST deploys to assist and advise the U.S. Chief of Mission in assessing crises and coordinating U.S. government crisis response activities. The FEST includes representatives from the US Department of State, Department of Defense, the Intelligence Community, and the Federal Bureau of Investigation, and other appropriate agencies, such as the Department of Energy, as circumstances warrant. FEST composition is flexible and tailored to the specific incident and U.S. Embassy needs. The FEST provides specialized crisis response expertise to augment existing U.S. Mission and host government capabilities.”

Russian press say the sub on which the 14 servicemen died was an AS-12 “Losharik” which is used for special operations. This is the same sub that the US claimed was capable of damaging undersea cables, accusing Russia of seeking to intercept or disrupt communications.

OBSERVERS SAY THE FOLLOWING EARTHQUAKE MIGHT BE THE BASIS FOR THESE EMERGENCY MEETINGS:  WAS IT A NUKE DETONATION???

BREAKING C-32A taking off from Washington D.C with a VIP tag and callsign “Venus91” minutes ago may be carrying @FLOTUS to an unknown location.Again, this is unconfirmed but this is the aircraft the first lady uses.

Joint communiqué of the Foreign Ministers of France, Germany, the United Kingdom and the High Representative of the European Union (2 July 2019)

We are extremely concerned by Iran’s announcement that it has exceeded the limit of its low enriched uranium stockpile authorized by the Joint Comprehensive Plan of Action (JCPoA). The International Atomic Energy Agency has confirmed this information.
We have been clear and consistent: our commitment to the nuclear deal depends on its full respect by Iran. We regret this decision by Iran, which calls into question an essential instrument in the fight against nuclear proliferation.
We call on Iran to reverse this decision and to refrain from any further action that calls into question the nuclear agreement. We are urgently reviewing the next steps, within the JCPoA provisions and in close coordination with other participants.