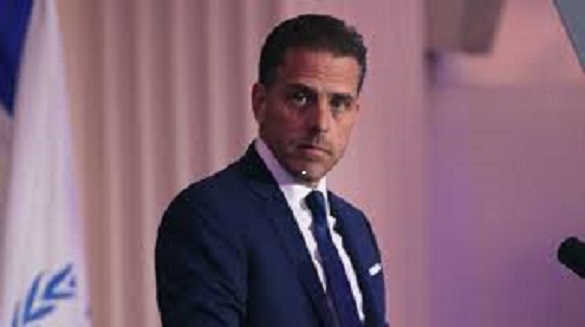 Breitbart is reporting that one of Hunter Biden’s business partners has turned over emails allegedly showing how Hunter Biden and his associates helped communist-aligned Chinese officials secure private meetings with the Obama-Biden White House. It’s the first business associate of Hunter Biden to confirm that Hunter enriched himself by trading on his father’s influence. The emails are unconnected to the other emails at the center of the New York Post reporting.

The new emails detail how Hunter Biden and his associates used their access to Hunter’s father, Vice President Joe Biden, to arrange private White House meetings for clients and investors. According to Breitbart, Biden and his business associates secured a “private, off-the-books” meeting between Joe Biden and a delegation of Chinese investors and Communist Party officials. A 2011 email reportedly includes a discussion of developing relations with “China Inc.” and a “new push on soft diplomacy for the Chinese.”

The emails were turned over to Peter Schweizer by Bevan Cooney, a former business associate of Hunter Biden who is currently behind bars for a bond fraud investment scheme. Cooney contacted Schweizer after reading Schweizer’s book Secret Empires, exposing how corrupt politicians abuse their office to enrich themselves and their families. Breitbart says Cooney believes he was the “fall guy” for the bond investment scheme and that Hunter Biden and another associate, Devon Archer, have unfairly avoided responsibility for their involvement.

The emails offer a unique window into just how the Biden universe conducted business during the Obama-Biden Administration. These associates sought to trade on Hunter Biden’s relationship with, and access to, his father and the Obama-Biden White House in order to generate business.

For instance, on November 5, 2011, one of Archer’s business contacts forwarded him an email teasing an opportunity to gain “potentially outstanding new clients” by helping to arrange White House meetings for a group of Chinese executives and government officials. The group was the China Entrepreneur Club (CEC) and the delegation included Chinese billionaires, Chinese Communist Party loyalists, and at least one “respected diplomat” from Beijing. Despite its benign name, CEC has been called “a second foreign ministry” for the People’s Republic of China—a communist government that closely controls most businesses in its country. CEC was established in 2006 by a group of businessmen and Chinese government diplomats.

The Obama-Biden Administration archives reveal that this Chinese delegation did indeed visit the White House on November 14, 2011, and enjoyed high-level access. The delegation included approximately thirty members, according to White House visitor logs. But those records also obscure perhaps the most important item for the Chinese delegation: a meeting with Vice President Joe Biden himself.

The relationships established during that visit may have benefited Hunter Biden and Devon Archer down the road. Two years later, they famously helped to form the Chinese government funded Bohai Harvest RST (BHR) investment fund. One of BHR’s first major portfolio investments was a ride-sharing company like Uber called Didi Dache—now called Didi Chuxing Technology Co. That company is closely connected to Liu Chuanzhi, the chairman of the China Entrepreneur Club (CEC) and the founder of Legend Holdings—the parent company of Lenovo, one of the world’s largest computer companies. Liu is a former Chinese Communist Party delegate and was a leader of the 2011 CEC delegation to the White House.

So that Twitter doesn’t use the same excuse of saying the emails were hacked in order to censor the report, as they did with the New York Post reporting, Breitbart notes the emails were obtained after Cooney provided written authorization to access the email account — with a password provided by Cooney — and to publish the material.

Twitter took the unprecedented step of censoring New York Post reports that call into question Joe Biden’s involvement in his son’s overseas business activities and the extent to which Hunter Biden was paid for access to his father.

The Republican National Committee filed an FEC complaint on Friday over Twitter’s apparent in-kind political contribution to the Biden campaign.

Republicans on the Senate Judiciary Committee have said Twitter CEO Jack Dorsey will be subpoenaed before the committee to provide emergency testimony regarding the company’s decision to interfere in the election.

Joe Biden is a swamp creature who appears to have helped his son sell access to the White House. Voters deserve to know what Joe Biden did the last time he was in the White House before they think about sending him back for another four years.