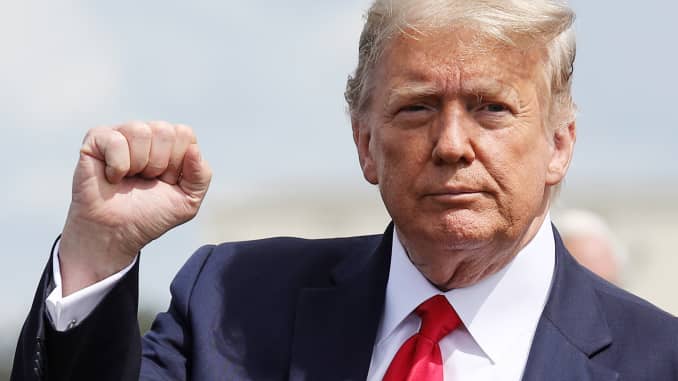 OPINION: This article contains commentary which reflects the author’s opinion.

Most Americans are aware of the election audit in Maricopa County, Arizona, but not many may know about another crucial audit taking place.

“Congratulations to the great Patriots of Windham, New Hampshire for their incredible fight to seek out the truth on the massive Election Fraud which took place in New Hampshire and the 2020 Presidential Election,” Trump wrote.

“The spirit for transparency and justice is being displayed all over the Country by media outlets which do not represent Fake News,” he added.

“People are watching in droves as these Patriots work tirelessly to reveal the real facts of the most tainted and corrupt Election in American history,” he added. “Congratulations Windham—look forward to seeing the results.”

In Windham, New Hampshire, a town of about 14,000 near the Massachusetts border, a state legislative race was thrown into disarray when a recount found major discrepancies with the original total.

“While the outcome of the race didn’t change — the four Republican victories from Election Day were upheld at the recount — the change in vote totals raised questions for lots of people from both parties,” the report added.

Democrats are very worried about the election audit taking place in Arizona.

The Biden Department of Justice has sent a letter to Arizona Senate President Karen Fann taking issue with Maricopa County’s forensic audit of the 2020 election.

The letter is from Pamela Karlan, the principal deputy assistant attorney general of the Civil Rights Division.

Karlan writes to Fann that the DOJ is taking issue with two main parts of the forensic audit:

“I write regarding issues arising under federal statutes enforced by the United States Department of Justice that are related to the audit required by the Arizona State Senate for the November 2020 federal general election in Maricopa County,” the letter states. “News reports indicate that the Senate subpoenaed ballots, elections systems, and election materials from Maricopa County and required that they be turned over to private contractors, led by a firm known as Cyber Ninjas.”

“The first issue relates to a number of reports suggesting that the ballots, elections systems, and election materials that are the subject of the Maricopa County audit are no longer under the ultimate control of state and local elections officials, are not being adequately safeguarded by contractors at an insecure facility, and are at risk of being lost, stolen, altered, compromised or destroyed,” the letter added.

“The second issue relates to the Cyber Ninjas’ statement of work for this audit,” the DOJ went on. “Among other things, the statement of work indicates that the contractor has been working ‘with a number of individuals to ‘identify voter registrations that did not make sense, and then knock on doors to confirm if valid voters actually lived at the stated address.”

“Past experience with similar investigative efforts around the country has raised concerns that they can be directed at minority voters, which potentially can implicate the anti-intimidation prohibitions of the Voting Rights Act,” the DOJ said. “Such investigative efforts can have a significant intimidating effect on qualified voters that can deter them from seeking to vote in the future.”

“We would appreciate your response to the concerns described herein, including advising us of the steps that the Arizona Senate will take to ensure that violations of federal law do not occur,” the letter threateningly added.