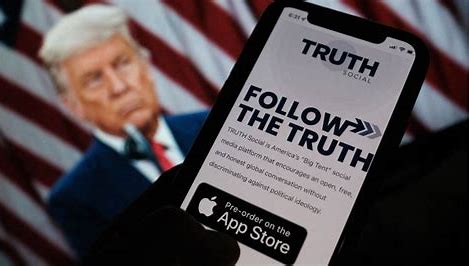 Former U.S. President Donald Trump’s social media platform—Truth Social—migrated to Rumble Cloud on April 22 as it attempts to onboard millions of internet users on the network.

This migration will ensure that the network can easily “scale significantly” on a “cancel-culture-free” cloud platform, the release said.

Truth Social is the first significant customer to onboard Rumble’s cloud business service.

Devin Nunes, CEO of TMTG, said the migration was “a major stride toward rescuing the internet from the grip of the Big Tech tyrants.”

“Our teams have worked tirelessly to realize this great endeavor,” Nunes said. “Rumble’s cloud infrastructure is second to none and will be the backbone for the restoration of free speech online for ages to come.”

Following the Capitol breach on Jan. 6, 2021, Twitter banned Trump from their platform, blaming him for inciting violence even though the former president never openly called for such actions. In October, Trump announced that he was planning on launching his own tech company.

“I created Truth Social … to stand up to the tyranny of Big Tech,” he said. “We live in a world where the Taliban has a huge presence on Twitter yet your favorite American president has been silenced.”

Shortly after its release, it became the most popular social media platform on Apple’s App Store. However six weeks into the launch, the platform was beset with several technical problems.

In early April, roughly 1.42 million people were placed on a waitlist as they were unable to register.

During its initial days, the app was downloaded 170,000 times daily. But this fizzled down to 8,000 per day by late March. It is the 51st most downloaded app in the social networking category.

In its April report, Kerrisdale Capital argued that Truth Social’s “disaster of a launch” and multiple other red flags at TMTG raise “valid concerns” about the company’s long-term viability.

“DWAC’s stock has much further to fall given the demonstrably misleading statements in DWAC’s registration statement, the status of TMTG’s operations at the time the merger agreement was executed, the cast of characters seeking to consummate that merger and those individuals’ flagrant disregard for SEC rules and regulations,” the report said.

The Kerrisdale report also came with a disclaimer saying that at the time of the report’s publication that Kerrisdale had “short positions in shares” of DWAC. “Kerrisdale stands to realize gains in the event the price of DWAC shares decrease,” the disclaimer added.