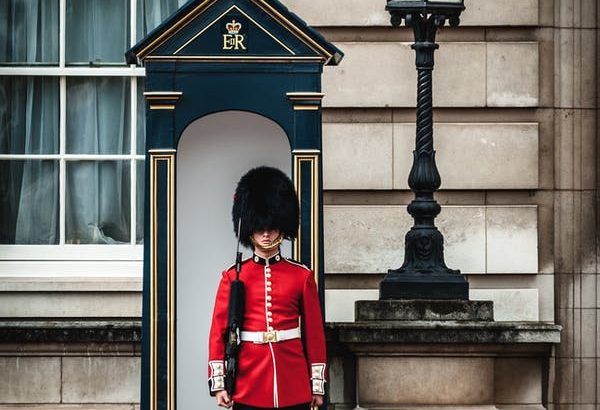 The United Kingdom entered a period of mourning Thursday following the death of Queen Elizabeth II that will span 10 days and conclude with a memorial service.

Code-named London Bridge, the plans for the period of mourning were laid out years in advance to help manage an otherwise chaotic period for the British royal family.

The queen’s coffin will be moved to a ballroom where the castle’s staff will be able to pay respects to the queen, according to briefings received by NBC News.

King Charles III, the queen’s eldest son and the new monarch, will be returning to London on Friday after staying the night at the Balmoral Castle in Scotland, according to Buckingham Palace. Charles is expected to speak with British Prime Minister Liz Truss later that day and deliver his first TV address as king. He is also expected to release a written statement.

Westminster Abbey’s tenor bell and “Great Tom,” a bell at St. Paul’s Cathedral, will toll over London for one hour, beginning at noon, before gun salutes will be fired in Scotland’s Edinburgh Castle and Hyde Park in London. The salutes will include one round going off every 10 seconds to mark each year of the monarch’s life.

Flags on federal buildings will flag at half-staff, and a service of thanksgiving is scheduled for Friday evening at St. Paul’s Cathedral. However, Charles is not expected to attend.

The coffin will be carried from Balmoral to the Palace of Holyroodhouse, the queen’s residence in Edinburgh.

In London, Charles will recite an oath and deliver another address in front of members of the Privy Council, a committee of senior current and former politicians who advise the monarch. The address will be followed by a 41-gun salute at Hyde Park and a 62-gun salute at the Tower of London, according to the outlet.

Charles will be announced as the new king of England by a garter king of arms on the balcony of St. James’s Palace on Saturday, followed by the royal band playing the first verse of “God Save the King.”

The new king and his wife, Camilla, the queen consort, will travel to Holyroodhouse with other members of the royal family, who will then join a procession from the palace to Edinburgh’s St. Giles’s Cathedral. The guns at Edinburgh Castle will be fired once every minute of the procession, according to the outlet, and a service will be held at the cathedral.

Charles and Camilla will hear messages of condolences in London on Monday. It is unclear when the royal couple will return to London, but the queen’s coffin will be lifted aboard a train that will travel slowly to London overnight. The train will be sent off with a rendition of the national anthem.

The queen’s coffin will be greeted by senior royals, the prime minister, and other dignitaries at St. Pancras station in London before it is delivered to Buckingham Palace. The public is allowed to begin lining up near Parliament and alongside the River Thames in preparation to pay their respects on Wednesday.

The queen will be transported from Buckingham to Westminster Hall in a grand procession. Charles is expected to travel with the coffin and the imperial state crown in the procession. The queen’s grandsons, Princes William and Harry will follow the procession on foot with other members of the royal family.

The queen is expected to lie in state at Westminster Hall for five days, which will be monitored consistently by the yeoman of the guard. Members of the public will then be allowed to pay their respects over the span of 24 hours. Westminster Hall is previously where the bodies of the Queen Mother; King George VI, Elizabeth’s father, and Winston Churchill lay in state, according to NBC.

World leaders are expected to arrive and pay their respects while Charles meets with members of the royal family at Buckingham Palace. The White House has not stated whether President Joe Biden will attend the funeral service in person.

Charles will have his first weekly meeting with the new British prime minister, who will keep him updated on the happenings in Parliament. The audience will be the first for Charles and Truss, who became the new British prime minister on Tuesday. The exchange of power between Truss and former Prime Minister Boris Johnson was one of the last royal duties Elizabeth fulfilled prior to her death.

The queen’s funeral service will occur Saturday and includes a two-minute period of silence marked by a toll from Big Ben. The service is expected to last an hour and will be concluded by the playing of the national anthem. The queen will then be escorted by pallbearers to her final resting place at Windsor Castle.

British and foreign dignitaries, including all surviving former British prime ministers, are expected to attend the funeral service, along with all members of the royal family.

The events outlined in this report are subject to change without warning in the days ahead.