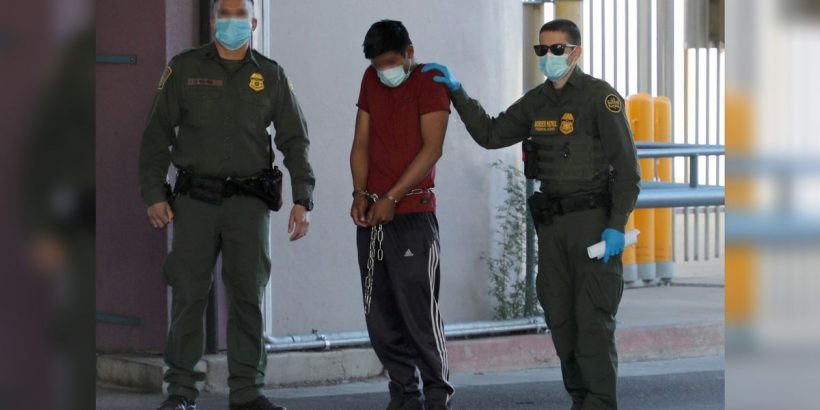 U.S. Customs and Border Patrol (CBP) over the past week arrested a total of 22 wanted fugitives at various entry points along the U.S.-Mexico border in Texas.

“CBP is committed to helping find and arresting these wanted persons attempting to evade justice,” Hector Mancha, CBP El Paso director of field operations, said in a statement. “We are members of the communities we serve and have a professional and personal interest in stopping any and all violations.”

Of the 22 people, 15 were arrested March 6-9. They were wanted for a various crimes, including sexual assault of a child, burglary, possession of a controlled substance, aggravated assault-family/house member, and larceny, the federal law enforcement agency announced.

On March 10, at the Ysleta port of entry, CBP officers arrested a fugitive wanted for assault of a family member. An unspecified number of other wanted individuals were arrested that day by CBP officers from the El Paso port of entry for driving while intoxicated and aggravated assault, according to the agency.

The following day four individuals were arrested, one of whom was wanted for injury to a child or disabled person and assault. The arrests all happened at the Presidio port of entry. The three others arrested were wanted for driving while intoxicated, violation of a court order, and possession of a controlled substance.

The Biden administration has proposed a plan to legalize an estimated 11 million illegal aliens living in the United States, something he had vowed during his campaign. President Joe Biden has also issued an order that halts all U.S.-Mexico border wall construction among other measures.

In response to the southern border crisis, and amid new policies on immigration from the Biden administration, Texas Gov. Greg Abbott on March 6 launched a program to deploy state National Guard troops and personnel from other agencies in efforts to prevent Mexican criminal organizations from smuggling drugs and people into Texas.

“Texas supports legal immigration but will not be an accomplice to the open border policies that cause, rather than prevent, a humanitarian crisis in our state and endanger the lives of Texans,” Abbott said in a statement to media outlets on March 6. “We will surge the resources and law enforcement personnel needed to confront this crisis.”

The number of illegal crossings at the southern border has been on the rise since October 2020. The number of arrests from October 2020 to January 2021 was 296,259, representing a 79.5 percent increase from the same period last year, according to CBP data.

In February, the CBP arrested 100,441 who crossed the southern border illegally. That number is almost triple the arrests from the same month last year, when CBP caught almost 37,000 people. Many of those crossing now are unaccompanied minors (9,457 in February), who can’t be turned back if they’re from a country other than Mexico.

Earlier this month, a large group of migrants seeking to cross the border held a demonstration in Mexico calling for Biden to let them into the United States.

Biden hasn’t yet acknowledged the crisis or announced any concrete plans to address the growing numbers of illegal crossings. When asked by a reporter this week whether there’s a crisis at the border, Biden replied, “No, we’ll be able to handle it.”