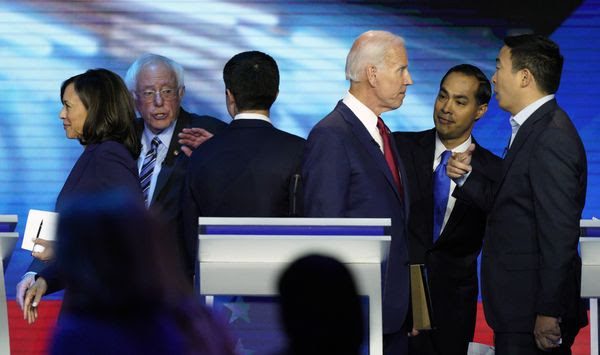 A viewpoint worth considering  Commentary by Trevor Loudon

So, what’s the difference between democratic socialism and communism? Usually, five to 10 years.

Trevor Loudon is an author, filmmaker, and public speaker from New Zealand. He specializes in exposing Marxist influence on mainstream politics. He is best known for his book “Enemies Within: communists, socialists and progressives in the US Congress” and his similarly themed documentary film “Enemies Within”.

Will ‘Democratic Socialism’ Lead to Communism? 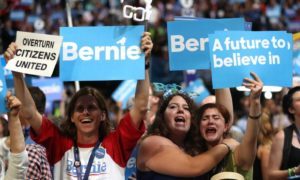 So, what’s the difference between democratic socialism and communism?

Seriously, though, this question comes up a lot in the age of Bernie Sanders and Alexandria Ocasio-Cortez. Many younger people seem to think democratic socialism means all the liberty and prosperity we enjoy today, plus a bunch of free stuff. Indoctrinated young people are led to believe that the only changes in their lives under socialism would be the addition of free college, free health care, lots of public housing, guaranteed pensions, and generous welfare programs. Sweden, Germany, and Norway are the oft-cited examples of a welfare state.

Small-government advocates will retort that the amount of taxation and regulation required to maintain this kind of system will stifle innovation and entrepreneurialism, strangle growth and job creation, and drive most of us into poverty—Venezuela is currently the fashionable example.

As an often quoted saying goes, “Any country with ‘democratic’ in its name, isn’t.”

Most young democratic socialists probably sincerely believe they are working toward a freer, prosperous, more equitable society with a mix of public, private, and co-operative ownership. They acknowledge the need for greater taxes (such as Ocasio-Cortez’s 70 percent on “billionaires”) and regulations. Despite the repeated lessons of history, the young socialists don’t believe that greater taxes and regulations will damage the economy and drive huge numbers of people into abject poverty.

The more hardened (and honest) radicals will tell you: “Yes, we will need more taxes and regulations. Yes, that will put businesses out of business. That’s the point!”

In an article from the Spring 2007 edition of the DSA publication Democratic Left, DSA National Political Committee member David Green of Detroit wrote very candidly about his organization’s goals:

“Our goal as socialists is to abolish private ownership of the means of production.”

Notice Green doesn’t just want to abolish “big business.” There’s no qualifier there. He is explicitly advocating for full public ownership of the “means of production”—in other words, communism.

As Karl Marx famously wrote in “The Communist Manifesto,” “The theory of Communism may be summed up in one sentence: Abolish all private property.”

“We need a party that’s open to progressive forces,” Green was quoted as saying. “And that’s why we have to elect progressive leadership within the party.”

Now, according to DSAers and their comrades, the abolition of private property will be done “democratically.” There will be a vote in Congress to take away your multi-national corporation, your timber mill, your dairy farm, your gas station, or your convenience store. There will be no rampaging proletarian mob to “expropriate” your business or farm. It will be done in a civilized manner. Incrementally at first. Gradually you will pay more taxes, you will have to deal with more and more regulations, and you will find that hiring and firing has become ever more difficult and onerous. If you’re a small business, you’ll probably eventually be forced to sell out to a bigger business that can afford to hire enough lawyers and accountants—or bribe enough officials—to keep the government at bay, before you are forced to shut your doors.

At some point, the slide to socialism and communism may arrive at a temporary equilibrium, where big business will co-exist alongside the “all-powerful state”—China in the last three decades is an example.

Following the “revolution,” Marx argued, workers (the “proletariat”) would take control of the “means of production.” After a period of transition, the government would magically fade away, leading to a classless society based on common ownership of all wealth: “From each according to his ability, to each according to his needs.”

Unfortunately, no socialist has ever convincingly explained why revolutionary leaders with control of all the wealth and power would then willingly turn that over to the “masses.”

Acton’s dictum holds equally true whether the wealth and power are seized “democratically” or by naked brute force.

Importantly, more sophisticated and seasoned revolutionaries understand that “democratic socialism” and then “socialism” will lead to the centralization of wealth and power into just a few hands. Those revolutionaries intend to be those hands. This is where the communist dream must inevitably end.

There are many roads to tyranny. “Democratic socialism” is but the subtlest and most benign-sounding road to communism.

Trevor Loudon is an author, filmmaker, and public speaker from New Zealand. For more than 30 years, he has researched radical left, Marxist, and terrorist movements and their covert influence on mainstream politics.