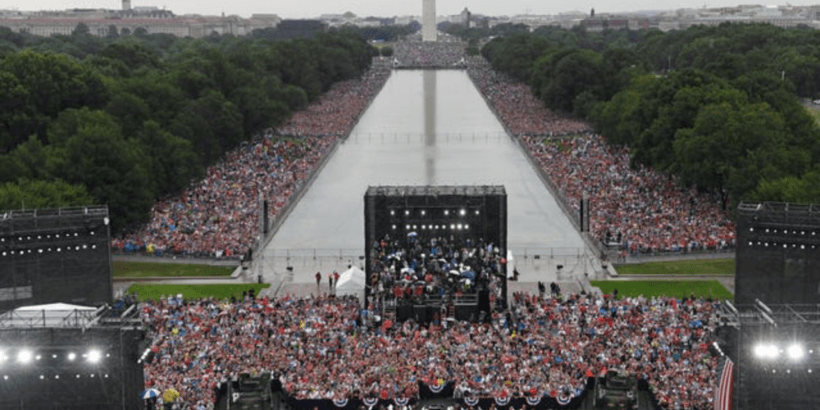 “We Are Americans and the Future Belongs to Us” 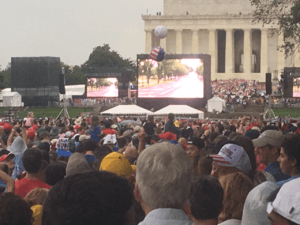 The 4th of July in D.C. was filled with  patriotic pride for our Country, Military,
and History – President Trump’s words covered it all.  The day was infused with a common pride and spirit of unity for America. From one end to the other, the Mall was a sea of eager Patriots.
Standing room only? ..barely.

If the MSM isn’t up to showing this massive assembly for what it really is, so be it!  Come election time, it could all end up backfiring if the voting Democrats are so unaware of what they are up against… Us! We just smile.

Rain happened, but it wasn’t about to dampen the spirit of the crowd, it only served to rev up the Patriots’ determination and zeal to bond with President Trump. We were united in our mission. Carry on!

Umbrellas went up forming one massive canopy – and as if one nation under umbrellas – we were united in purpose and heart.  It felt so good.

Reminiscent of the Tea Party days, people were considerate of others. Everyone was careful with their umbrellas, lowering them as if on cue, helping each other to see the stage – even offering to share their perfect photo shots with those who unfortunately missed it themselves.

A large Q sign was gently waved, and beach balls were volleyed through the waiting crowd.  We did ‘The Wave’. The atmosphere was one of hope and optimism – our future looks optimistic and bright, and we can hardly wait for more! We’re just not tired of winning!

And then… President Trump and our beautiful First Lady were shown on screen leaving the White House to come see us… The expectant crowd went wild!

Intermixed with President Trump’s speech were fly overs and fight songs.        Overhead, thunderous American military power reverberated in our bones.  Deafening cheers went up. We were beyond ecstatic!

But this isn’t just about what was present – it’s also about what was absent that made it all the more beautiful a gathering. The “other party’s” behavior and attitudes were absent. There was no complaining, no angry snarling voices, no whining, no sense of entitlement, no hatred, no violence. No crazy illogic, no disrespect. No negativity.  And best of all, no divisiveness.  It was like Heaven on earth.

In spite of the multitude of people, there was no liter to be seen.  The recycling bins were filled to overflowing – no bottles disrespectfully tossed on the grass… If there were any, we didn’t see them. 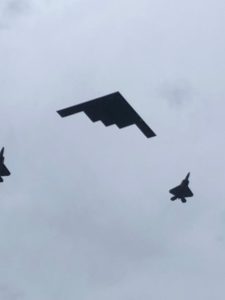 After President Trump’s address, we were a part of the crowd that tried to filter out of the secured area, only to find ourselves dead ended against an unforgiving chain- link fence.  Now what?  Hundreds of patriots just calmly turned around enmasse, and headed back to find a better way out. We were tired and it felt like miles, but no one complained or cussed. No pushing or shoving, just orderly, sensible, “let’s go back and find a better way.”

We are Americans and the future really does belong to us.
What an awesome Fourth of July. The best ever…