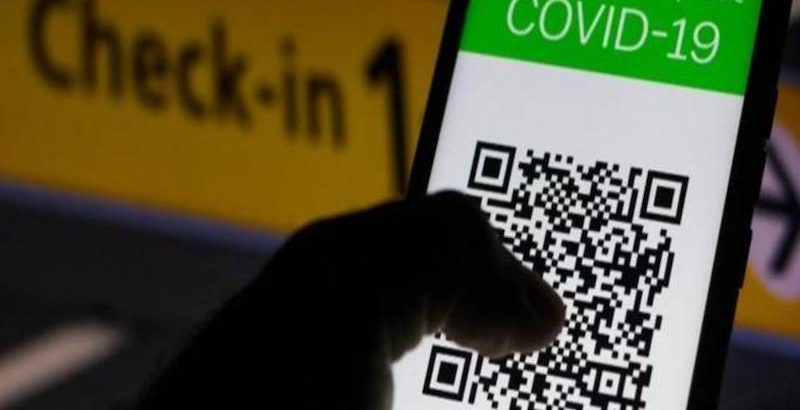 Once the Vaccine Passport gains momentum, it will be unstoppable. How can we stop the madness if the masses don’t fully understand the agenda behind getting their COVID shot?

Fear of COVID has been planted in the minds of people world-wide. If we understand there are proven medications which have largely killed COVID, fear is removed, no vaccine is necessary. Neither is a VaxPass.

If fear continues to run rampant, the vaccine will become mandatory and so will a VaxPass. This leads to the Biblical Prophesy of the Mark of the Beast.

Are the mask mandates and the COVID vaccines a gateway to the Mark of the Beast?  Many believe so. VaxPasses are illegal but without mass disapproval, they will likely move forward.

The VaxPass has all the earmarkings of the Mark of the Beast but we can hold it at bay. Do the research, educate yourself then share what you have learned. It is the only way to freedom. 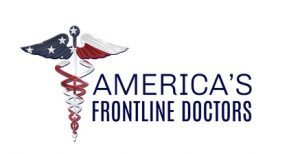 BY Mordechai Sones
May 7, 2021
AmericasFrontLineDoctors.Org

“While COVID-19 vaccination involves a lot of people, we routinely vaccinate so many people against so many pathogens that it’s impossible to account for the increased numbers of deaths reported to VAERS after COVID-19 purely on the grounds of the numbers being vaccinated,” he said.

“Those who dispute the almost 4,000 deaths after COVID-19 vaccination in the US usually say ‘these reports aren’t claiming causation. It’s just coincidence’,” Yeadon said.

“The counter to this lie is that, if it was simple coincidence, that is, then people do die and if you vaccinate enough people, you’ll get a number of coincidental deaths.

“Well, yes, that’s true. But what isn’t true is that this very large increase in deaths following COVID-19 vaccination is mere coincidence. If it was, then the number of deaths would remain at the same rate, the same proportion of the population vaccinated, as it passed VAERS.

“And that’s NOT what VAERS is telling us. Instead, almost ALL of the deaths reported shortly after vaccination are after COVID-19 vaccination.”

Yeadon continues: “The shocking statistic is that almost 99% of the deaths reported to VAERS after vaccination occurred after COVID-19 vaccination.

“The balancing 1% were for ALL THE OTHER VACCINES COMBINED.

“Anyone in denial now is a ‘coincidence theorist’.”

Yeadon went on to warn about the ramifications of the “Green Passport”, calling it “illegal medical apartheid”: “It is very important that people understand what is happening here.

“The intention is to introduce vaccine passports everywhere. But this is a disguise. It’s the world’s first digital common-format, globally-interoperable ID system with an editable health flag (vaccinated, Y or N).

“It makes no-one safer. If you’re vaccinated, you’re protected and are not made safer by knowing others’ immune status.

“As in Israel, you will be compelled to present a valid VaxPass in order to access defined facilities or access services. No VaxPass, you’re denied.

“This system only needs 50%+ of the adult population to start up because of its huge coercive power on the unvaccinated.

“If they succeed, it won’t help you to refuse; they’ll move on, leaving that minority behind.

“A VaxPass system like this will give to those controlling the database and it’s algorithms TYRANNICAL TOTALITARIAN CONTROL over us all.

“The ONLY way to stop this biosecurity nightmare is to NOT GET VACCINATED FOR NON-MEDICAL REASONS!!!

“I fear that, if our adversaries gain this absolute control, they will use it to harm the population. There’s no limit to the evil which will flow from this strategic goal.”

The former Pfizer Chief Science Officer concluded with a plea: “DO NOT ALLOW THIS SYSTEM TO START UP, because it’s unstoppable afterwards.

“One example: Your VaxPass pings, instructing you to attend for your 3rd or 4th or 5th booster or variant vaccine. If you don’t, your VaxPass will expire and you’ll become an out-person, unable to access your own life.

“How much choice do you have?

“It’s none. You are controlled. Forever.”