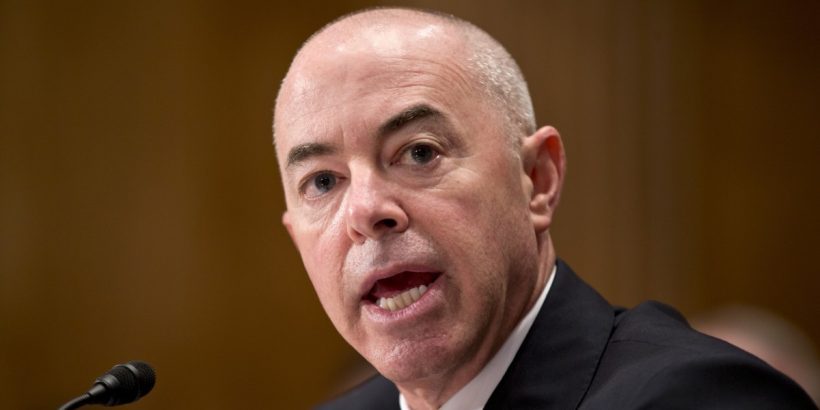 Guidelines stipulating that illegal immigrants should only be arrested if they post a threat took effect this week.

The guidelines were imposed by Homeland Security Secretary Alejandro Mayorkas for Immigration and Customs Enforcement (ICE) agents. They’re being challenged in court.

Mayorkas said ICE agents shouldn’t move against a person illegally in the United States unless they first obtain and review the person’s entire criminal record, administrative record, and any other investigative information available. (C-VINE OPINION: This is impossible in a lot of cases where illegals left all personal ID documents in Mexico before crossing into the US.)

The Department of Homeland Security (DHS) said the guidelines will ensure a thorough case-by-case assessment, letting the agency focus on what it described as limited resources on the most threatening illegal immigrants.

“Today is an important step forward in ensuring that our workforce is empowered to exercise its prosecutorial discretion and focus its enforcement efforts on those who pose a threat to our national security, public safety, and border security,” Mayorkas, a Biden nominee, said in a statement as the guidelines took effect on Monday.

“In making our enforcement decisions, we will focus our efforts on the greatest threats while also recognizing that the majority of undocumented noncitizens, who have been here for many years and who have contributed positively to our country’s well-being, are not priorities for removal,” he added.

Officers are already receiving training on the guidelines, including participating in “small group sessions” to make sure there’s a consistent application of them in different areas, DHS said.

Critics note that entering the United States illegally is a crime and argue not working to deport all illegal immigrants signals to would-be wrongdoers that the law can be broken with no punishment.

Even illegal aliens who have committed another serious crime may not be targeted because officers are guided to consider certain mitigating factors, including the alien’s age.

Andrew Arthur, resident fellow in law and policy for the Center for Immigration Studies and a former immigration judge, said the guidelines amount to de facto amnesty for many illegal immigrants, which will lead to less secure borders.

“Without the threat of removal once here, there is no impediment whatsoever to a would-be terrorist trying to enter the United States illegally by evading apprehension at the border. Once they’re in, they’re in, and in the insanely unlikely event that they come onto ICE’s radar, they can send their lawyers to claim that they have ‘mitigating circumstances’ and therefore should be left alone,” he wrote in a blog post.

Mayrokas was explicit during a congressional hearing last month, saying that he believes not every illegal immigrant should be deported, even those who have removal orders, meaning they have been heard by a court.