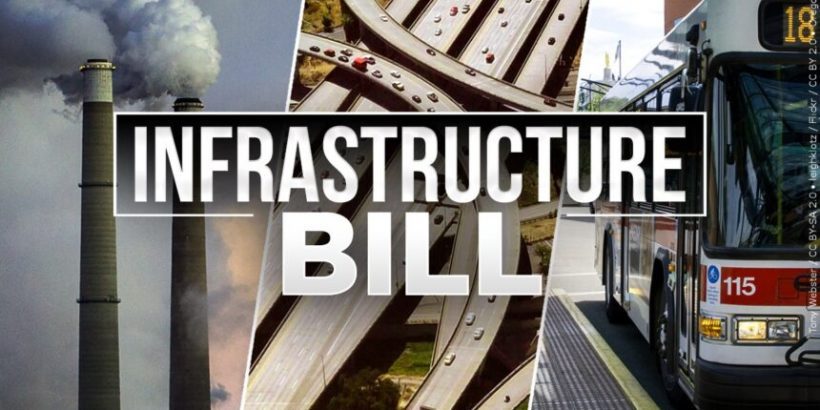 An expert analysis shows that the $1 trillion bipartisan infrastructure bill now winding its way through the Senate would have “no significant effect” on economic growth, delivering a counterpoint of sorts to the White House view that the deal “will generate significant economic benefits.”

The University of Pennsylvania’s Penn-Wharton Budget Model (PWBM), released Aug. 5, found that the infrastructure proposal “would have no significant effect on GDP by end of the budget window (2031) or in the long run (2050).”

At the same time, the Wharton model predicts the proposed bill would raise government debt by 1.3 percent in 2031 relative to baseline, with the impact tapering somewhat to 0.9 percent above baseline in 2040 and 0.6 percent in 2050.

While higher public capital from the package would boost worker productivity, the benefit is offset because higher government debt crowds out additional private investment, leading to a drop in productive private capital.

On balance, with overall unchanged workers’ productivity and reduced private capital mitigating the infrastructure bill’s positive impact on economic growth, the Wharton analysts conclude that “GDP does not change in 2031, 2040, or 2050.”

The White House, by contrast, said in a fact sheet on the bipartisan infrastructure package that, “in the years ahead, the legislation will generate significant economic benefits,” adding that this would come “in addition to the revenue generated from higher economic growth as a result of the investments.”

The White House did not immediately respond to a request for comment on the Wharton findings.

The Wharton analysis comes as the Congressional Budget Office (CBO) has released its much-anticipated score for the infrastructure plan, estimating the package would add $256 billion in deficits over ten years, countering negotiators’ claim it would be fully paid for.

The CBO routinely reviews proposed legislation in what’s commonly knows as a scoring process. While the infrastructure package has bipartisan support in the Senate, some lawmakers said they wanted to wait for the CBO score before deciding whether to back the measure.

While it remains unclear how the CBO report will affect members of Congress who are still making up their minds on whether to back the measure, the bill’s two lead negotiators—Sens. Kyrsten Sinema (D-Ariz.) and Rob Portman (R-Ohio)—said the score did not account for all the ways the bill offset costs and urged lawmakers to support it.

Some Republicans reacted critically to the CBO score.

“The massive infrastructure bill is NOT, as its authors claim, ‘fully paid for,’” Sen. Marco Rubio (R-Fla.) said in a tweet. Rubio previously opposed procedural motions on the bill.

Senators have debated more than two dozen amendments since the 2,702-page text of the bipartisan infrastructure bill was released Sunday.