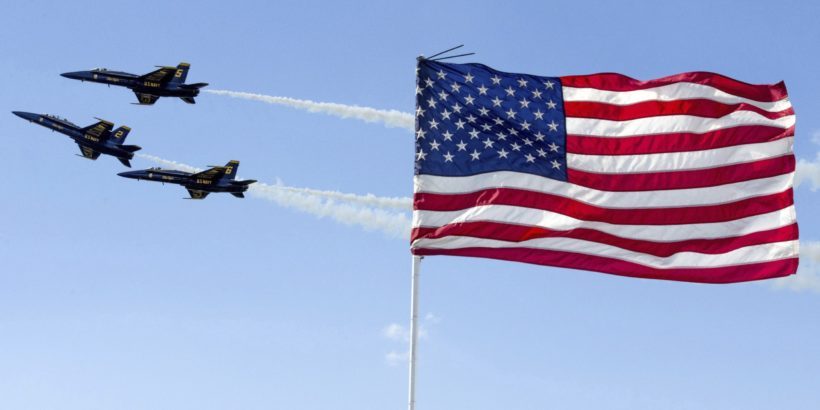 Calvin Thomas Hobbes in his own words:

What does it mean to be ‘conservative’? What is it that you hope to conserve, and how do you plan to conserve it? Are you aware that ‘conserve’ is a verb and requires action, by implication proactive action?

What is a ‘right’? Who possesses them, who endows them, who protects them? When the exercise of my rights, impedes or adversely affects your rights, who arbitrates resolution?

For an American, the answers should be simple.

“…We hold these truths to be self-evident, that all men are created equal, that they are endowed by their Creator with certain unalienable Rights, that among these are Life, Liberty and the pursuit of Happiness. — That to secure these rights, Governments are instituted among Men, deriving their just powers from the consent of the governed…”

To be an American is to hold these truths. That your rights are endowed by your creator, you were born with them, they are innate in your humanity.

That an individual is sovereign before God, and within God’s creation.

That, being powerless as an individual to secure and defend those rights, we band together in a social contract to secure them, as a group, for the individual.

That, for this reason, we institute a government to secure our rights, arbitrate our disputes, and hold us true to the contract that binds us.

That the only purpose of government is to administer our collective will, only by our consent, and within the confines we prescribed.

This process, this contract of consent and it’s arbitration, is the philosophy of law, and it’s corpus is our justice system. We are a nation of laws, and equal as individuals before it.

Most fundamental to all of your innate rights is the right to believe. The right to think whatever you will, to speak it, print it, publish and broadcast it. To congregate with whomever you want, for the purpose of sharing these beliefs, or any other purpose you deem beneficial.

There seems to be a fallacious belief that our constitutional guarantee to this right, or any other, is limited to how we are treated by government. This argument is specious in that, while it certainly does limit government, it denies governments entire purpose, to secure my rights.

This is the reason for the immense corpus of statutory law, included among them a plethora of civil rights legislation, and case law.

Herein lies the precarious balance of liberties, the scales of justice, the arbitration of competing rights. When your God given right to do as you please, negatively impacts my rights, we must decide, as a society, what balance our social contract dictates as our general welfare.

Primary in this consideration is the foundation of individual liberty, and the recognition that any constraints or interference in that liberty is a compromise of rights.

You have a right to start a church, to believe, and preach what you will, to congregate with like-minded members, and to discriminate against those who are not like-minded regarding membership. But can the discrimination extend beyond the confines of your church?

If that church opens a hospital that is ostensibly open to the public, can they refuse care to someone who egregiously offends their beliefs?

If that church opens a restaurant, they can discriminate on the basis of universal conduct codes, behavioral norms that apply to all customers, but can they discriminate based on race, or gender, or religious beliefs, or political beliefs?

Our courts have held, that the more public the nature of your business, the more your public obligation.

See Marsh v Alabama to understand this distinction. A private company may build an entire town, pay for it, maintain it, and hold title on all its properties, that doesn’t mitigate the “public nature” of its enterprise, or abrogate the civil rights of its users.

If you open a bakery to sell cakes to the public, you can not discriminate who can come into the store or purchase the products on your shelves; but that customer can not compel or coerce your participation or creative talent beyond that in-store transaction.

If you want to rent out part of your private property to a tenant, you have every right to discriminate in the selection of who you enter a voluntary contract with, you maintain the right of selection. If you build an apartment building to rent out to the public, your rights of discrimination are vastly curtailed.

These are a sample of our laws, our mores, our consuetude, of our culture; and as conservatives, we should be fighting to conserve them.

Facebook, Twitter, Google, et al, did not invent the internet, they did not fund it, build it, or own it. They did not invent the technology they use. They did receive myriad benefit from the society from which they developed, including literal funding, and they survive only by the consensual exploitation of the public they advertise to.

In essence, they were allowed to build their soapbox and place it within our town square. They are entitled to profit from their ingenuity, having the best soap box, but they do not own or control the town square.

That the entire premise of their business is pubic assembly and public speech, it is self evident that this denotes public obligation. They are free to discriminate based on orderly behavior, but they are not free to discriminate against selective groups based on race, gender or philosophy.

And therein lies the rub. Determining that balance. These social media companies have enjoyed the legal protection of what’s known as “Section 230 of the Communications Decency Act”. They’ve claimed they are a “platform”, not a “publisher”, and enjoy the protections therein. But this would preclude their authority to curate content.

Mark Zuckerberg has claimed they will deny access to “the hateful and violent”, a laudable goal, but can you define it? He obviously doesn’t mean actual violence, but the incitement to violence.

Now incitement to violence is an actual crime, but has an extraordinary bar to prove and the implication of invoking law is that there is an incumbent due process.

Beyond being vague and subjective, it’s disingenuous. Twitter banned James Woods for quoting a 21st century adaptation of an Emerson quote: “if you come for the king, you better not miss” (“When you strike at a king, you must kill him.” (sic) ), but there are thousands of much more egregious violations that are left uncriticized or censured. Like has-been comedians holding the severed head of a sitting president. One is considered an incitement, but the other isn’t?

Advocating for the assault on our constitution, to which every government official swore an oath to defend, is an absolute incitement to my violent response. Making me angry enough to explode is not the legal definition of incitement however.

And can you define hate? Or define the subjects of our hate? Who defines these terms or the intents?

Zuckerberg has aptly demonstrated his diminutive understanding of these concepts. It’s ironic that a supposed genius of his stature, who started the world’s most successful and powerful venue for speech, would have such an infantile understanding of the philosophies that civilization is built on.

Zuckerberg’s right to access our town square, and place his soapbox within it, is predicated on his respect for my rights to access his soapbox as he’s advertised its purpose.

Speech that is popular, doesn’t need to be protected. The purpose of the 1st amendment is to protect unpopular speech. It is the governments job to secure my rights to speak in the public square. Private companies can not be allowed to conspire to block my access to our public square. Nor can they discriminate against my beliefs when they advertise their entire premise is public discourse.

The founding fathers, the concepts and words they used to express them, the things that changed the entire world and built its greatest civilization, are all a violation of terms of service in our new world order. They would have been deemed extremist and dangerous. King George would have concurred.

“If the freedom of speech is taken away then dumb and silent we may be led, like sheep to the slaughter”
– George Washington

“The tree of liberty must be refreshed from time to time with the blood of patriots and tyrants.” – Thomas Jefferson

These ‘do-gooder’ companies should be mindful of the universal truths we hold to be self evident, and what actually incites violence.

Conservatives better wake up to the fact that we’ve been at war for 100 years, and we’ve lost every battle, mostly due to apathy and stupidity. Our founders would be ashamed.

“Run toward the fire”, we are at war.