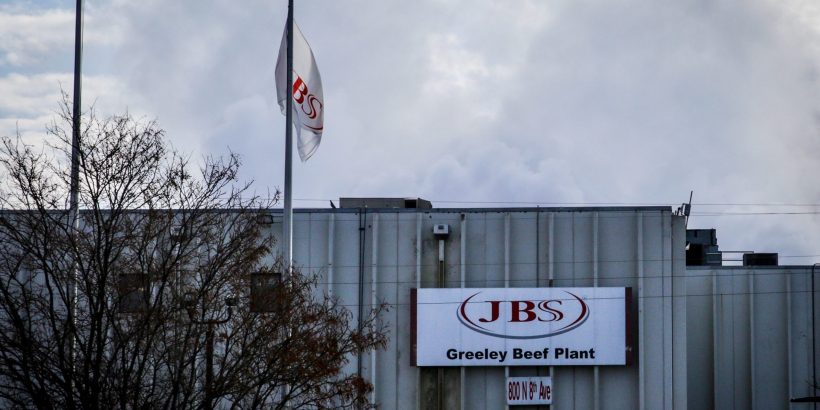 Is this a real cyberattack or a warning to “We the People” that the deep state controls the food supply to further their agenda?

JBS Foods, the world’s largest meat supplier, (with multiple meat processing centers in the US) said in a statement that it was targeted by an “organized cybersecurity attack” on Sunday.

The firm said that some of its Australian and North American servers were impacted by the attack and “took immediate action” by suspending all impacted systems and notifying the relevant authorities.

“The company’s backup servers were not affected, and it is actively working with an Incident Response firm to restore its systems as soon as possible,” said the statement.

JBS, a Brazilian firm that has its North American headquarters located in Colorado, added that it is “not aware” of any employee, customer, or supplier data that was breached or obtained during the attack.

“Resolution of the incident will take time,” JBS added, “which may delay certain transactions with customers and suppliers.”

According to an industry publishing website BeefCentral, the firm’s meat processing operations were “paralyzed” by the cyber attack and noted that it was not “related to animal or environmental activism.”

Bloomberg News, citing union officials in a Facebook post, reported that some shifts in its Canadian and U.S. plants were canceled due to the incident.

Scott Payne, spokesman for United Food and Commercial Workers Canada Union Local 401, told Bloomberg that a plant in Brooks, Alberta, in Canada, was shut down. “Effectively the plant’s operations have shut for the day,” he said.

It’s not clear how the cyberattack will impact customers or if a meat shortage will be triggered. JBS did not provide any timeline on when its systems will be back online. Also unclear is who carried out the attack.

JBS Foods, which it says is one of the world’s largest food firms, has operations in 15 countries and customers in approximately 100 countries, according to the company’s website. Brands include Pilgrim’s, Great Southern, and Aberdeen Black.

Last month, Colonial Pipeline, a major fuel transporting system along the U.S. East Coast, was breached via a ransomware attack that FBI officials believe originated in Russia and Eastern Europe. The pipeline was down for approximately a week, prompting a spike in gas prices as well as fuel shortages in several southeastern states.

The FBI said that the Russian-based group DarkSide was the entity responsible for the breach.

Microsoft said in late May that hackers responsible for the SolarWinds breach also targeted about 3,000 email accounts at a variety of organizations.