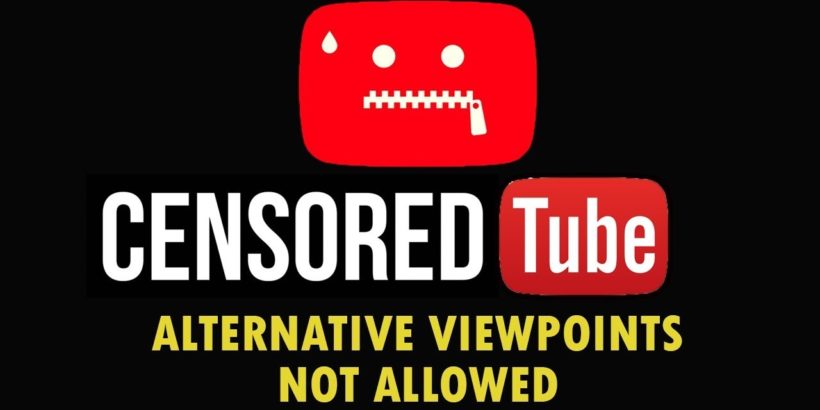 Freedom of speech must prevail, and it’s up to us to preserve it.

You Tube doesn’t want anyone to criticize the Communist Party.  Certain Chinese phrases set their teeth on edge – and are censored into oblivion.

As CEO of You Tube, who is Susan Wojscicki choosing to answer to and why? Apparently, not to us freedom-loving Americans.

We, the United States of America, are the collective leader of the free world, and if we allow our voices to fall under Communist-sanctioned censoring and control, who is left to speak?

When left to its own devices, the censoring will never quit, and will never be satisfied.  Give them an inch and they will take 24,901 miles.  The world. 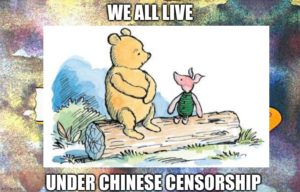 Freedom of speech must prevail, and it’s up to us to preserve it.

Comments that contain such phrases are deleted within seconds, which suggests it’s the work of YouTube’s algorithms.

One apparently banned phrase is “gongfei” (共匪), which can be translated as “communist bandit.” It seems to date back to the Chinese civil war era.

Another phrase that gets deleted is “wumao” (五毛), which literally means “fifty cents” and is commonly used to describe the army of internet trolls the CCP uses to spread its propaganda online. It’s rumored the trolls used to be paid around 50 cents per post.

A spokesman for Google, which owns YouTube, asked for evidence of the comments deletion in response to a request for comment emailed by The Epoch Times. After being provided the evidence, he didn’t respond.

She posted a video of a person demonstrating the comment deletion. Others then confirmed the observation. The issue has also been picked up by Taiwan News.

Google has been repeatedly under fire for allegedly cozying up to the CCP.

Since 2018, Google has been cooperating with a leading artificial intelligence (AI) research body at Tsinghua University, a prestigious Chinese academic institution that also conducts AI research for the Chinese military.

Google also faced criticism after information emerged in 2018 that it was secretly developing a censored search app for the Chinese market as part of a project dubbed “Dragonfly.”

According to insider information leaked to the Intercept, the controversial Google app was designed to link users’ search history with their phone numbers, making it easier for the regime to target dissidents.

Lawmakers, human-rights advocates, and even some Google employees spoke out against the project, which, it appears, has since been shelved.

Google ran a censored version of its search engine in China from 2006 to 2010, but exited after the company said a cyber attack originating from China had targeted Google email accounts of dozens of Chinese human rights activists.

China is one of the worst abusers of human rights, according to watchdogs. In recent decades, the regime has killed hundreds of thousands of prisoners of conscience to sell their organs for transplants, based on extensive research conducted since allegations of the crime first surfaced in 2006.

Last year, an independent tribunal in London, concluded that state-sanctioned forced organ harvesting from prisoners of conscience had taken place for years in China “on a significant scale,” and is still taking place today.

The CCP runs the world’s most sophisticated system of internet censorship, employing tens of thousands of people to manually delete content and make negative or positive posts and comments based on the regime’s instructions.

The regime requires foreign companies that operate in China to censor topics it deems “sensitive,” such as democracy, human rights, and the ongoing persecution in China of Falun Gong practitioners, underground Christians, Uyghurs, rights activists, and others. Companies are also forced to share with the regime any of their data stored in China.

Google Chief Executive Sundar Pichai has previously said that the company has invested in China for years and plans to continue to do so.

The Trump administration has placed significant emphasis on pushing back against the CCP, particularly in the tech and cyber sector.

“We need to make sure that our companies don’t do deals that strengthen a competitor’s military or tighten the regime’s grip of repression in parts of that country,” State Secretary Mike Pompeo said in January.

Bowen Xiao, Cathy He, and Nathan Su contributed to this report.

Update: The article has been updated with a response from a Google spokesman.

The Epoch Times is nonpartisan and values-based. We believe true journalism is based on moral principles. We focus on important issues and on policies and their impact, not partisanship. We don’t follow the unethical trend of agenda-driven journalism, but instead use our principles of Truth and Tradition as our guiding light to report honestly.