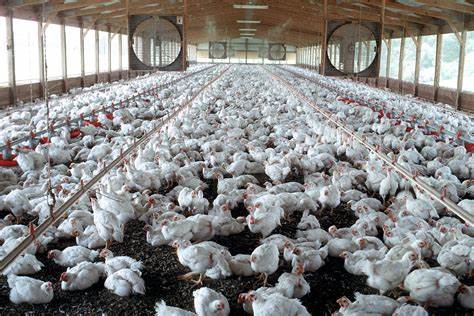 After several new outbreaks in Missouri and Iowa, along with other states, more than 2 million birds—mainly chickens and turkeys—died between February and March due to the highly pathogenic avian influenza (HPAI), said federal officials in a recent update.

In New Castle, Delaware, between late February and early March, some 1.4 million poultry died after being sickened with bird flu, according to the U.S. Department of Agriculture (USDA) in a March 10 update on its website.

Officials, meanwhile, said the highly pathogenic avian influenza is now found in about 12 U.S. states as of Saturday. Authorities, including those from the USDA, said that in the recent outbreak, HPAI has been found in backyard flocks in several states, not just in commercial chickens.

Officials previously said that more than 50 million U.S. chickens and turkeys died during an HPAI epidemic between December 2014 through June 2015, driving up egg and chicken prices. Some countries also banned the importation of American-produced poultry meat due to fears of bird flu spreading to other countries.

Avian influenza is triggered by the influenza Type A virus, and it is “broadly categorized based on a combination of two groups of proteins on the surface of the influenza,” according to the USDA.

Because of the protein combinations, avian influenza viruses are either classified as either “low pathogenic” or “highly pathogenic” based on their “genetic features and the severity of the disease they cause in poultry,” said the USDA. “Most viruses are of low pathogenicity, meaning that they cause no signs or only minor clinical signs of infection in poultry.”

Since 2002, there have been four detections of bird flu that leaped from birds to humans in the United States, according to the U.S. Centers for Disease Control and Prevention (CDC). Avian flu in humans can potentially cause severe respiratory disease with a high mortality rate.

The CDC said the recent bird flu cases do not present an immediate public health concern. No human cases of these viruses have been detected in the United States during the recent outbreak.