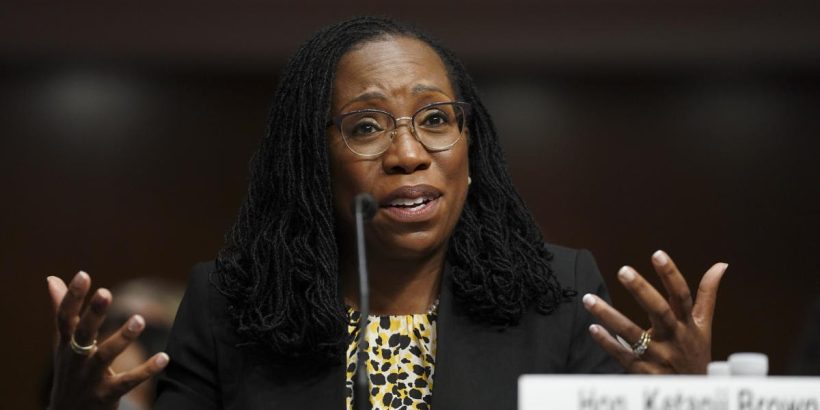 It seems like it wasn’t that long ago that Biden’s Supreme Court nominee, Ketanji Brown Jackson, was hailed as a consensus nominee. But in the weeks since her nomination, it seems like all we are learning is troubling details about her record.

For example, last month, we learned that in 1996, Jackson wrote a “Note” for the Harvard Law Review arguing that convicted sex offenders were treated “unfairly” in the courts.

Did this not come up in her background check?

This week, another concerning detail has come to light: her past work representing terrorists detained at Guantánamo Bay prison.

During closed-door meetings with Jackson, Sen. Josh Hawley (R-Mo.) reportedly raised the issue and said it would likely come up during her hearing.

“We did talk … about her representation of Guantánamo Bay detainees. I expressed some concern about this,” Hawley said. According to The Hill, Hawley said that he thought her work representing Gitmo detainees while in private practice was “interesting” and “a little concerning.”

“In the United States of America we try to make sure everyone has a right to counsel. The Republicans seem to forget that if it involves representing a controversial defendant,” Durbin said.

However, the Republican National Committee (RNC) argues that Jackson’s “advocacy” goes “beyond just giving them a competent defense.”

“Despite Jackson’s claim that she did not get to choose her clients as a public defender, she continued to advocate for Guantanamo terrorists when she went into private practice,” the RNC said.

“Jackson previously worked as a public defender in Washington, D.C., from 2005 to 2007, in the wake [of] a landmark Supreme Court decision related to Guantánamo Bay detainees,” reports The Hill. “During that time, her cases included work on behalf of Khi Ali Gul, a now-former prisoner at Guantánamo Bay, in the case Khi Ali Gul v. Bush. Jackson listed the case as one of the 10 most significant of her career in her responses to the Senate Judiciary Committee’s questionnaire for her Supreme Court nomination.”