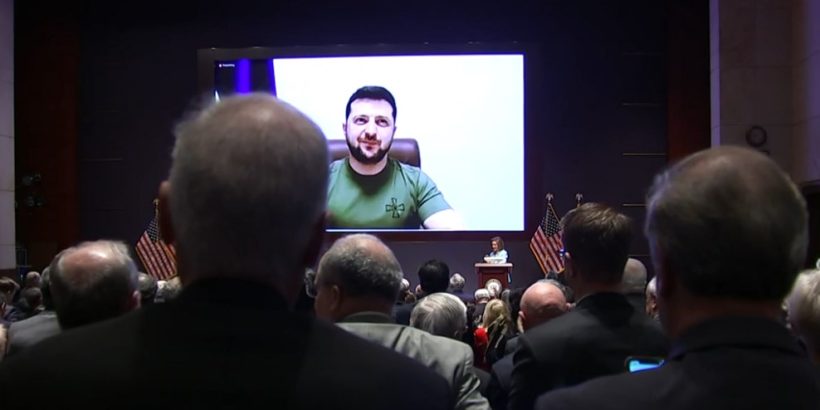 Ukrainian President Volodymyr Zelensky addressed members of Congress on Wednesday, asking again for the United States and NATO to enforce a no-fly zone over his country and provide fighter planes weeks after Russia started its invasion.

“Russia has attacked not just us, not just our land, not just our cities. It went on a brutal offensive against our values, basic human values,” he said via a translator. “It threw tanks and planes against our freedom, against our right to live freely in our own country, choosing our own future. Against our desire for happiness, against our national dream, just like the same dreams you have, you, Americans. Just like anyone else in the United States.”

A no-fly zone over Ukraine has been described by top White House and NATO officials as a nonstarter. Earlier in March, President Joe Biden said that enforcing such a measure would escalate the conflict to become World War III with Russia, a nuclear power.