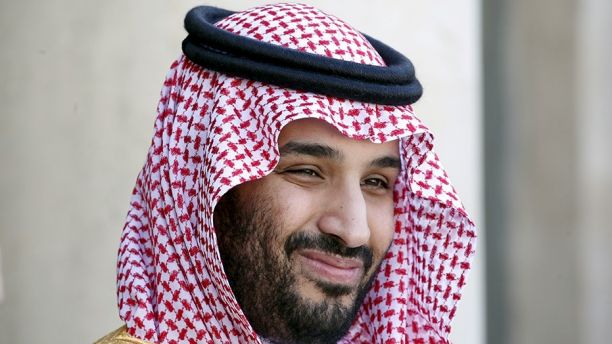 Mohammed bin Salman, crown prince of Saudi Arabia, is a man in a hurry. Only 32 years old, he’s been shaking up a country long seen as an oasis of stability in the Middle East.

MBS, as he’s called, will be visiting the White House on March 20, but many still wonder who is this figure promising to move the kingdom of Saudi Arabia into the 21st century? Is he a crusading reformer who will bring about meaningful change, or just another leader with a taste for extravagance and a willingness to crush those who get in his way? Or maybe a bit of both.

It may seem premature to establish a long-term plan at the beginning of your executive career. But the failure to act now could have serious consequences.

Bin Salman served in various capacities at the royal court and then, in 2015, was elevated to minister of defense when his father became king upon the death of half-brother Adbullah. Not yet 30, MBS wielded tremendous power, and became a prime mover of the reform many thought necessary for the Kingdom.

In 2016, he unveiled “Vision 2030” — his plan to modernize Saudi Arabia. In June 2017, his father chose him to be crown prince, replacing his cousin Mohammed bin Nayef, which put MBS next in line to be king. It’s generally understood he is, at present, the power behind the throne.

The change going on in the Kingdom the past few years has been as breathtaking as Mohammed bin Salman’s ascent. He’s reined-in the religious police who enforced strict rules of public behavior, given more freedom to women — they can start their own businesses and will soon be permitted to drive. Bin Salman has also re-opened movie theatres and even allowed the country’s first Comic Con.

It’s all part of a plan to forestall disaster, says Karen Elliott House, a Pulitzer Prize-winning journalist and author of “On Saudi Arabia: Its People, Past, Religion, Fault Lines — and Future.” As she explained to Fox News, previous rulers were like “watching a silent movie over and over”– they were old men, “seen, not heard” who kept things as they were, while MBS “is like an IMAX movie on perpetual fast forward.”

House notes that the Kingdom can’t count on oil revenues to continue to pay for its lifestyle. Two-thirds of Saudis work for the government and haven’t learned to manage for themselves. Meanwhile, approximately 70 percent of the country that is 30 years old or less will grow up under vastly different circumstances, and MBS wants them to accept responsibility for their lives.

While these young are learning to fend for themselves, MBS is living in splendor. His personal wealth is in the billions, and his self-indulgent lifestyle has been widely noted in media.

For instance, in 2015, he purchased the lavishly furnished Chateau Louis XIV in France for more than $300 million, making it the world’s most expensive home. In recent years he also bought a 440-foot yacht, the Serene, for about $500 million, and spent $450 million on a Leonardo da Vinci portrait of Jesus Christ, “Salvator Mundi.”

Even as the purchases pile up, MBS has been ruthless in rooting out corruption in his own country, especially among the moneyed classes. He was behind the 2017 purge — a campaign where government officials, business people and even members of the royal family were arrested in a corruption crackdown. Many were confined and interrogated in the sumptuous Ritz-Carlton Hotel in Riyadh.

Hundreds were swept up in the investigation. “You have a body that has cancer everywhere, the cancer of corruption.  You need to have chemo, the shock of chemo, or the cancer will eat the body,” said MBS, The Washington Post reported.

President Donald J. Trump has stated, ” I have great confidence in King Salman and the Crown Prince of Saudi Arabia, they know exactly what they are doing.”

Though the official explanation was corruption, the move has been seen as an attempt to seize billions in assets from the rich as well as consolidate the crown prince’s power.

MBS’ attacks on traditional ways, and his tough stance on the well-connected, have earned him powerful enemies. But among his natural constituency — the young people in the country who make up the majority — he seems to be popular.

He also has a fan in the White House. Regarding the anti-corruption purge, President Trump tweeted, “I have great confidence in King Salman and the Crown Prince of Saudi Arabia, they know exactly what they are doing. Some of those they are harshly treating have been ‘milking’ their country for years!”

As to what he is like in person, while he has his detractors, many who meet him are impressed. Gerald Feierstein, director of Gulf affairs at the Middle East Institute and former U.S. ambassador to Yemen, tells Fox News he was one of “the first U.S. officials to meet with MBS after his appointment as Defense Minister.” He met him several times overall, and his impression was someone who “does not come across…as arrogant or boastful . . . In a one word description, I would characterize him as self-confident.”

Karen Elliott House would agree. She remembers him from earlier days, when he was an adviser to the royal court. Back then, she says, he knew what was expected of him: “Those of us who saw him [before his elevation] saw a tall, slim, silent young man who was seen and not heard.”

But since his father became king, and MBS became the powerful figure he is today, he has been more open in revealing his personality and, according to House, comes across as dynamic: “He is unlike any other Saudi I have ever met in his energy, confidence, informality and willingness to take risks.”

So it appears Mohammed bin Salman may have the character to see his reforms through, but the jury is still out on whether or not he’ll succeed. This will likely be a topic of great interest in his meeting at the White House, and will continue to be of great concern to the world at large.

Steve Kurtz is a producer for the Fox News Channel, and author of “Steve’s America (the perfect gift for people named Steve)”.