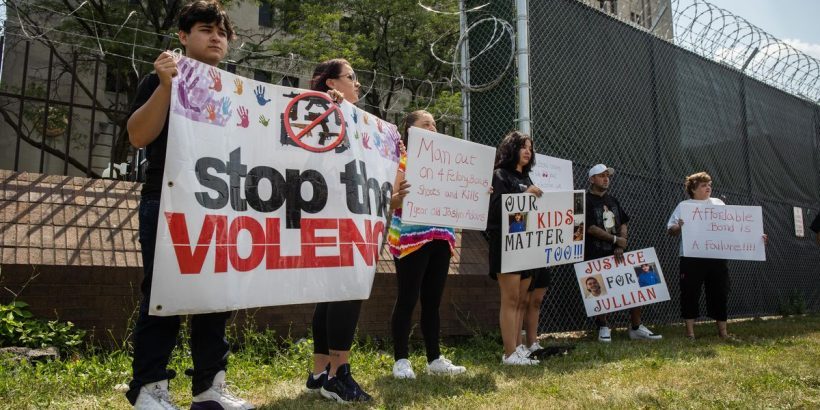 In a prophecy 14 years in the making, the Milwaukee prosecutor whose office let Waukesha parade massacre defendant Darrell E. Brooks off on $1,000 bail for an earlier serious offense admitted his steadfast support for bail reform would one day have deadly consequences.

“Is there going to be an individual I divert, or I put into a treatment program, who is going to go out and kill somebody?” Milwaukee County District Attorney John Chisholm asked in an interview with the Milwaukee-Journal-Sentinel in 2007. “You bet. Guaranteed. It’s guaranteed to happen. It does not invalidate the overall approach.”

Some in Wisconsin, where six have died and more than 40 were injured when Brooks’ car plowed into festive holiday parade-goers last Sunday in Waukesha, Wisc., clearly doubt that approach.

Chisholm is now among them, admitting the $1,000 bail upon which his office released Brooks, 39, of Milwaukee, for allegedly trying to run over his girlfriend a few days before the tragedy was “inappropriately low” for a defendant with a lengthy rap sheet dating to 1999.

That debate over bail reform will rage well beyond Brooks’ case as a new generation of progressive prosecutors — some funded by liberal megadonor George Soros — execute on their belief that incarceration is inhumane while conservatives and weary residents of urban areas overrun by violence challenge the wisdom of such policies and demand a return to law and order.

But pending that larger debate, police evidence has emerged in the Waukesha case to undercut early media reports fueled by anonymous sources that suggested a fear-driven Brooks may have had mitigating reasons to barrel his SUV through a street crowded by parade revelers.

Brooks may have been involved in an earlier domestic altercation involving a knife, but his actions on Main Street Waukesha suggest he intentionally drove toward the older “dancing grannies” and young children maimed by his red SUV, according to police and witness statements now filed in court.

A Waukesha officer identified only as “Detective Casey” in court filings recounted how Brooks’ car brushed him and the driver ignored his commands to stop before accelerating toward the crowd.

A second policeman, identified in court files as “Officer Butryn,” likewise recounted how he also repeatedly demanded Brooks stop his car but was ignored even as the driver honked his horn. That officer said the car came to a halt momentarily, before rapidly speeding into the crowd in its final fateful moment.

“The vehicle then appeared to rapidly accelerate, as Officer Butryn heard tires squeal,” the criminal complaint against Brooks alleges. “The vehicle took an abrupt left turn into the crowd of parade participants. At this point, it was clear to Officer Butryn that this was an intentional act to strike and hurt as many people as possible.”

“Detective Trussoni spoke with multiple citizen witnesses who were present during the parade,” the court filing stated. “One witness indicated, ‘As I continued to watch the SUV, it continued to drive in a zig zag motion. It was like the SUV was trying to avoid vehicles, not people. There was no attempt made by the vehicle to stop, much less slow down.’

“Detective Trussoni spoke with another witness who described the same zig zag driving pattern by the SUV and the witness further indicated, he felt it was ‘a direct intent to hit as many parade participants.'”

The prior case against Brooks — which resulted in his release on $1,000 bail — likewise alleged Brooks had a propensity to use a motor vehicle as a weapon as prosecutors claimed he ran over his girlfriend during an altercation in early November.

The woman identified as a longtime girlfriend alleged Brooks punched her in the face and then ran over her with his car, in what she described as an attempt to kill her.

Defense lawyers and supporters of Brooks will almost certainly point to reports Brooks was honking his horn early in his ride to build the best possible defense for him and may have been riled up by a domestic incident that had occurred just before the massacre.

But the early media narrative that Brooks was somehow a victim fleeing a crime with no opportunity to avoid the victims has sunk like the Titanic in iceberg-filled waters.

And if that pattern seems familiar, it’s because it has been repeated time and again in the American news media.

Russia collusion – the false narrative from which The Washington Post just corrected a dozen stories five years later —  Russian bounties on U.S. soldiers, the Ukraine impeachment call, President Trump’s Lafayette Square episode and the Georgia election call, and the Kyle Rittenhouse 60-shots fired claim all were false anecdotes fueled by anonymous source reporting that crumbled in the face of facts.

Brooks deserves his day in court and the presumption of innocence like all defendants in the U.S. justice system.

But while that process plays out, an uncomfortable light and many questions face both the American news media and a slate of progressive prosecutors whose assault on the traditional bail system has raised troubling questions.