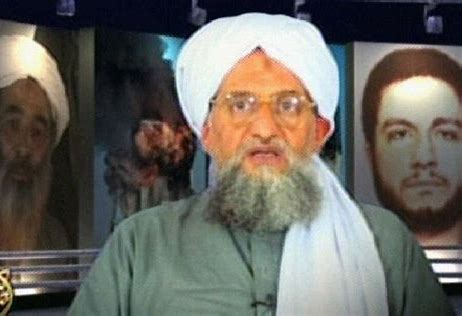 Notorious Al Qaeda terror group leader Ayman al-Zawahiri was reported to have died in a drone strike over the weekend in Kabul, Afghanistan. President Biden announced the news from the balcony of the White House. But you’ll forgive some people if they fall into the “trust but verify camp” on al-Zawahiri-is-dead news.

You see, the world was also told that al-Zawahiri died before. Task and Purpose inserted natural skepticism about Monday’s news in a story headlined, “Osama Bin Laden’s Al Qaeda deputy is totally dead for real this time.” The military website acknowledged that “after mistakenly being declared dead several times in the past, Al Qaeda leader Ayman al-Zawahiri’s death has been officially announced – presumably for the final time – by President Joe Biden on Monday.”

Zawahiri was also thought to be dead in 2020. Democrat think tank The Brookings Institution said, “al-Zawahri may be dead or at least appears to be ‘completely off the grid,’ according to journalist and veteran jihadi-watcher Hassan Hassan. These reports come at the same time as the killing of another very senior al-Qaida leader, Abu Muhammad al-Masri, in Tehran, reportedly by Israeli agents at the behest of the United States.”

It wasn’t until the following year that the world learned that reports of his demise were premature. Zawahiri appeared in a video to commemorate the anniversary of the 9/11 attacks that killed 2,977 Americans in three airplane attacks.

In 2008, Zawahiri was reported dead by Pakistani intelligence — making the story immediately suspect to western sources. Longwar Journal’s Bill Roggio reported at the time that “rumors of Zawahiri’s death or wounding began four days after what appears to be a US Predator unmanned aerial vehicle strike on a madrassa in the village of Zeralita in the Azam Warsak region of South Waziristan.” Roggio recounted that “six people, including three Arabs, were reported killed in the attack. The madrassa was said to be a safe house and meeting place for senior al Qaeda commanders.” CBS later reported that Zawahiri was gravely wounded in the attack. Yet, Zawahiri miraculously rose from the dead or hospital bed.

In 2014, Zawahiri was out of sight for so long that the Brookings Institution speculated about his health and whereabouts.

Zawahri is almost certainly not a martyr himself. Al-Qaida has never failed to announce the death of its leaders since it takes great pride in their martyrdom. Al-Qaida has already named Zawahri’s heir, AQAP leader Nasir al-Wuhayshi, so there is no succession issue. So what explains his silence?

That’s right: Zawahiri went off the grid or was rumored to be dead so many times that Al Qaeda determined his successor back in 2014. And apparently, something happened to that successor later. Roggio said, “Al-Zawahiri’s likely successor is Saif al-Adel, an Egyptian man wanted by the FBI in connection with Al Qaeda’s 1998 bombings of U.S. embassies in Kenya and Tanzania.”

But Zawahiri wasn’t dead until last weekend, according to the White House. So, what was he doing at a key Taliban leader’s house, when the Taliban vowed in the Doha agreement that it wouldn’t hide other non-Taliban terrorists anymore?

We’ll probably never find out. If you’re Joe Biden, talking about Afghanistan too close to an election is a stark, disgusting, and politically deadly reminder of what a debacle he left behind when he bugged out.