Treason, Sedition, There Is No Escape 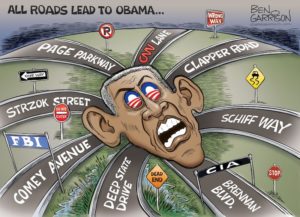 Every time the Deep State tries something to get rid of Trump and his agenda, they fail. Digital Soldiers are countering their narrative and it is falling apart!  People are waking up and are understanding this whole thing is not about a virus anymore but about corruption and power.

President Trump recently emphatically stated that Obama committed treason. Yesterday, we found out Obama and Biden knew about Gen. Flynn and took part in the investigation even after declaring they knew nothing.

Peter Strzok’s discussion notes on Flynn were released. All the players, Obama, Comey, Yates, Biden, Rice, etc., were present when it was recorded that Flynn’s call was legitimate. It was Biden’s idea to implement the Logan Act. It’s all written down and they were all there.

The U.S. Court of Appeals ruled 2-1 that the lower court must grant a request by the DOJ to drop its case against Gen. Michael Flynn. Judge Sullivan got his orders from Obama to keep Flynn’s case opened. We know Obama was behind this due to a leaked recording. Obama sure is getting himself in a lot of trouble lately. They never thought she would lose. 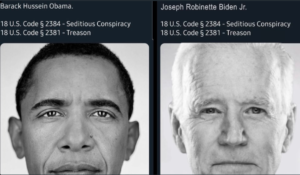 Trump says the NSA has control and are monitoring the electronic part of the election process. They have been gathering information. Biden accused Trump of manipulating the elections and also that he won’t concede.

We know the opposite is going to happen, because we saw this with Hillary and the DS. Once they lose, they will try to accuse again, but with the NSA having all the data, it will prove the Dems were the ones who tried to cheat and still lost.

While the CIA and the media were telling us to look at Russia, they were doing their dirty bidding with China. Federal Agents seized about $129,000 in cash during a search of the Boyle Heights home of L.A. Councilman, José Huizar, in November of 2018.  The U.S. Attorney in Los Angeles, CA, showed photos of this U.S. currency wrapped in Chinese Envelopes. 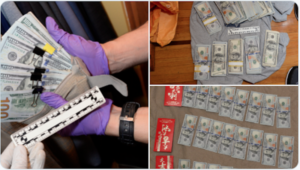 We know the DS, the media and certain Dems have been trying to push Trump into various wars his whole term.  Venezuela, North Korea and the Middle East, but their plans failed. They will push false flags, hurt people and the country. They don’t care, as long as they get their way.

While the DS is trying to create wars, Trump’s Administration is trying to bring troops home. The war in Syria is mostly over. North Korea and the US have created a relationship. President Trump and President Maduro are open to meeting with one another. The DS’s push for war is not working.

The media calls Trump racist when he addresses the coronavirus as the Kung Flu, or the Chinese Flu, but they don’t seem to be upset that China didn’t tell the world of the danger of it. They let the virus spread world-wide where millions either got sick or died, but their focus is on what name Trump gave the disease. Funny how Trump is a racist by calling this flu the Kung Flu, but in 2015 when the campaign slogan for the flu shot during Obama’s presidency was, ‘Become a  Kung Flu Fighter, Get Your Flu Shot,’ it wasn’t racist.

Bubba Wallace made headlines accusing somebody of trying to lynch him at the Nascar garage. 15 FBI agents stormed the Nascar garage and didn’t find a lynching rope, but instead found a garage door pull-down. It was a non-slip Kreh knot, not a lynch knot. Bubba Wallace should apologize to the American people, to Nascar and to the FBI agents, but he apparently held to his story even though it was debunked.

We have done our best to red-pill our family and friends. We have lost relationships and also gained new ones. We are on the front lines fighting a war. We are Digital Soldiers.

For years, we have been fact-finding, fact-checking, debunking the media’s narratives with facts. If we lose in November, we lose everything. If we win, we win for everyone.  Facts destroy the Deep State. Facts reveal truth. Facts matter.  WWG1WGA