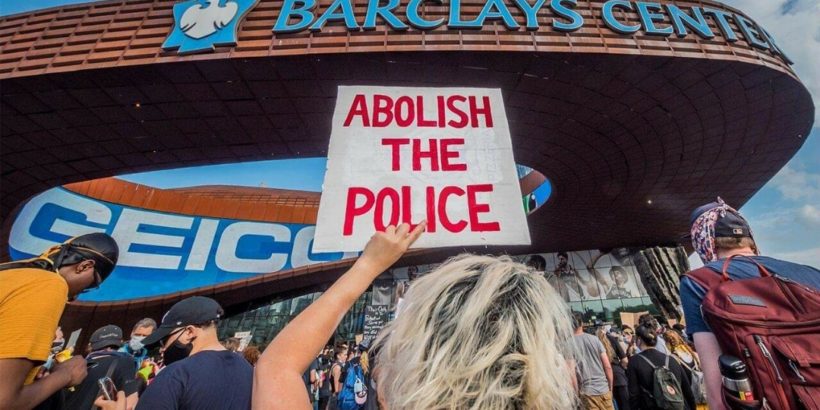 The following report from Fox News is provided here from the C-VINE International Trust.

In accordance with Title 17 U.S.C. Section 107, the material on this site is distributed without profit to those who have expressed a prior interest in receiving the included information for research and educational purposes. For more information go to: http://www.law.cornell.edu/uscode/17/107.shtml .

As protests against police brutality and systemic racism continue across the country, Google employees are demanding that their company overhaul its relationship with law enforcement.

A petition to CEO Sundar Pichai that began circulating Wednesday calls on the company to stop selling all of its products to police and has garnered more than 1,600 signatures.

“Americans are grappling with the historical legacies of slavery and genocide that the country is built on, and have begun to identify the role of the police forces in maintaining a fundamentally white supremacist system. The demand to defund the police has been raised in city after city, as the first step in ending that system permanently,” the petition states, per Gizmodo.

The search giant is no stranger to employee dissent regarding its relationship with law enforcement and the U.S. military. In 2018, several employees resigned and more than 3,100 employees asked Pichai to end a controversial military AI program known as Project Maven. Some employees who organized the massive November 2018 walkout, which protested sexual harassment and racial inequity, later said they faced retaliation — a charge the company denied.

A participant holding a sign reading “Abolish The Police” at the protest outside the Barclays Center. (Photo by Erik McGregor/LightRocket via Getty Images)

“We’re disappointed to know that Google is still selling to police forces, and advertises its connection with police forces as somehow progressive, and seeks more expansive sales rather than severing ties with police and joining the millions who want to defang and defund these institutions,” the latest letter states. “Why help the institutions responsible for the knee on George Floyd’s neck to be more effective organizationally?”

Google isn’t alone in working with law enforcement or the military. Salesforce has a contract with Customs and Border Patrol (CPB). Amazon recently imposed a one-year ban on selling its facial recognition technology to police, but it had previously worked with hundreds of departments across the country.

As the Black Lives Matter protests have continued, Google pledged millions of dollars to racial justice organizations in the wake of widespread demonstrations against police brutality and racism. But in the petition, its employees are calling for more sweeping changes.

“The racist legacy of police across the United States goes all the way back to its roots, when police forces emerged to protect the wealth gotten from slavery and genocide,” the petition states. “We have a long way to go to address the full legacy of racism but to begin with — we should not be in the business of profiting from racist policing.”

Google CEO Sundar Pichai is seen above. A group of the tech giant’s employees is not happy with the company’s relationships with the police. ((AP Photo/J. Scott Applewhite))

In response to the petition, Google provided the following statement to Fox News:

“We’re committed to work that makes a meaningful difference to combat systemic racism, and our employees have made over 500 product suggestions in recent weeks, which we are reviewing,” a Google spokesperson said.

“On this one, we were the first major company to decide, years ago, to not make facial recognition commercially available and we have very clear AI Principles that prohibit its use or sale for surveillance. We have longstanding terms of use for generally available computing platforms like Gmail, GSuite and Google Cloud Platform, and these products will remain available for Governments and local authorities, including police departments, to use.”

Posted by a C-VINE Volunteer