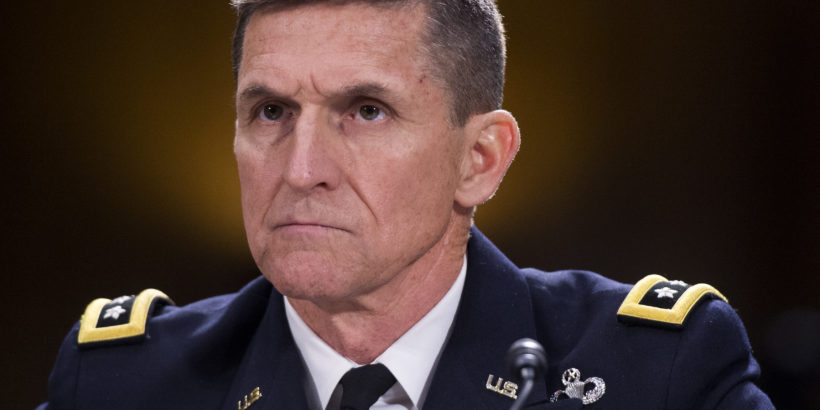 FTA: “… a stunning development in the years-long legal saga …”

Former national security adviser Michael Flynn exits a vehicle as he arrives for his sentencing hearing at U.S. District Court in Washington on Dec. 18, 2018. (Jonathan Ernst/Reuters)
.
.

Epoch Times
BY IVAN PENTCHOUKOV
.
A federal appeals court on June 24 ordered the presiding judge in the case against Michael Flynn to grant the government’s request to dismissed the charges against the former national security advisor to President Donald Trump.

The ruling by the U.S. Court of Appeals for the District of Columbia Circuit is a stunning development in the years-long legal saga which started with a prosecution brought by special counsel Robert Mueller.

Flynn had pleaded guilty in late 2017 to lying to the FBI, but in December 2019 moved to withdraw his plea. The Department of Justice in May moved to drop the charges against Flynn after conducting an internal review of the investigation.

Instead of approving the government’s request, Judge Emmet Sullivan, in Flynn’s case took the extraordinary step of appointing an amicus curiae (friend of the court) to argue against the prosecution and to determine whether Flynn should be held in contempt for reversing his plea.

Flynn’s attorneys filed an emergency petition for a writ on mandamus with the appeals court to order Sullivan to approve the motion to dismiss the case. The appeals court heard oral arguments from attorneys for Flynn, Sullivan, and the Justice Department last week.

“Upon consideration of the emergency petition for a writ of mandamus, the responses thereto, and the reply, the briefs of amici curiae in support of the parties, and the argument by counsel, it is ordered that Flynn’s petition for a writ of mandamus be granted in part,” the appeals court order stated. “The district court is directed to grant the government’s motion to dismiss.”

One of the three judges on the appeals court panel dissented from the decision. U.S. Circuit Court Judge Robert Wilkins had already indicated his opposition to Flynn’s request during the oral arguments. Wilkins argued , in part, that the appeals court overstepped its authority by ordering the district court to rule on a motion before giving the court time to issue its own ruling.

Appeals court judges Neomi Rao and Karen Henderson sided with Flynn but did not grant his request to reassign the district court judge in the case. Rao explained in the opinion that “the district judge’s conduct did not indicate a clear inability to decide this case fairly.”

“We decline to reassign the case to a new judge simply to grant the government’s Rule motion to dismiss,” Rao wrote.

President Donald Trump, who had long rooted for Flynn, celebrated the court’s decision on Twitter.