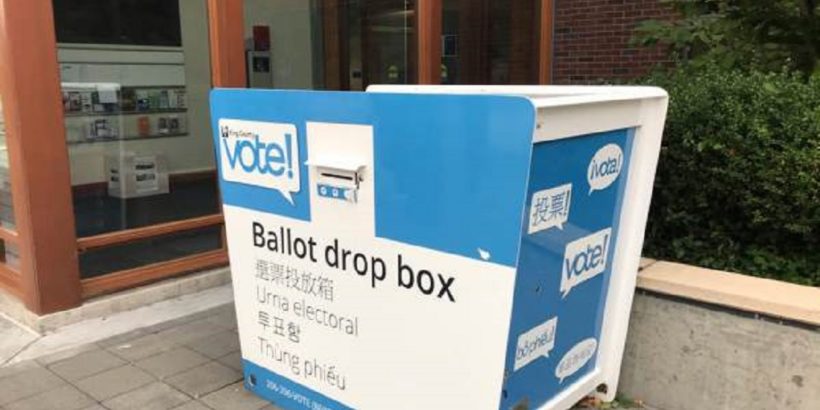 Another example of “safe and secure vote-by-mail” is playing out in Sammamish, Washington, a few miles east of Seattle.

Garbage bags full of stolen ballots have been discovered on opposite ends of the town.

Sammamish Police are investigating potential mail theft after two garbage bags of mail, which included ballots, were found on the side of the road and several unopened ballots were found in incorrect mail boxes.

The City of Sammamish says USPS delivered about 90% of ballots to Sammamish residents on Thursday. Mail carriers were out delivering Amazon packages early Friday morning when they found two garbage bags of mail on the side of the road. There were several unopened ballots inside the bags of mail.

The City of Sammamish says Sammamish Police were also notified by the postmaster of reports of numerous ballots being stolen and placed in other mailboxes.

Police found two garbage bags of mail dumped at opposite ends of the city — in Sahalee to the north and off Lake Sammamish Parkway to the south. The mail inside them included ballots, which were sent out in King County this week.

Police and postal workers are now in the process of re-delivering that mail to its rightful owners.

Postal workers in Redmond also found about 30 Sammamish ballots and six Issaquah ballots — unaccompanied by other mail — in a bank of locked mailboxes.

The ballots in both scenarios were all unopened, and police say the reason for the theft is unknown.

“We do have, throughout the entire Eastside, a lot of mail theft, because people take advantage of that to do fraud, forgery, identification theft, et cetera,” he said. “It’s constant. And obviously, when it occurs now, they’re also getting ballots.”

KING5 News explains “First police received a call from a cyclist who found a bag full of stolen mail that had ballots mixed in along East Lake Sammamish Parkway. Later someone else reported a handful of ballots thrown along the side of the road on Sahalee Way.”

The city website says they are working on delivering the ballots to their rightful owners:

Sammamish PD and USPS will attempt to deliver the found ballots. Again, if you do not receive your ballot in the mail by October 19th, please call King County Elections at 206-296-VOTE or print a replacement online: kingcounty.gov/elections/obmp.

Brian Zinser, the postmaster of the Redmond Post Office, alerted the City of Sammamish and Sammamish PD that unopened or incomplete ballots have been inappropriately placed in out-going mail bins.

Sammamish PD have also been called to investigate bags of mail, including ballots discovered by roadsides and ditches.

What we report on stolen and fraudulent ballots are just the examples that are known and publicized. No telling how many more cases of ballot shenanigans are being committed by individuals with nefarious intent who don’t want their stories getting out.