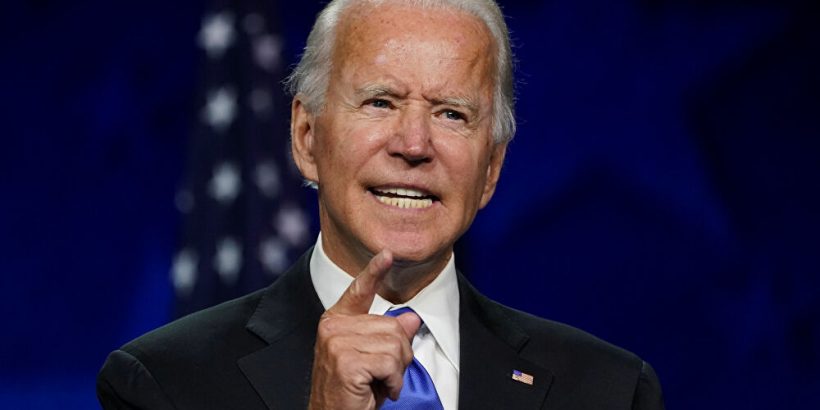 President Joe Biden has announced the latest round of sanctions imposed by the United States and its allies against Russia in response to the now weeks-long Russian military campaign in Ukraine.

In an address Friday, Biden said he will sign bipartisan legislation that will revoke Russia’s permanent normal trade relations (PNTR) status with the United States, making it more difficult for Russia to do business with the West.

Biden says the move to end normal trade relations with Russia was done in coordination with Canada, France, Germany, Italy, Japan, the United Kingdom, and the European Union.

“[Russian President Vladimir] Putin must pay the price,” Biden said. “He cannot pursue a war that threatens the very foundations of international peace and stability, and then ask for financial help from the international community.”

Biden also says the United States is banning Russian imports of goods such as seafood, vodka, and diamonds. It’s also banning the export of luxury goods into Russia and increasing the list of Russian individuals to be sanctioned.

These latest measures come in addition to a U.S. ban on Russian energy imports as well as sanctions already placed on Russian financial systems and individuals in Putin’s inner circle.

Biden touted the effectiveness of the sanctions, noting the decreased value of the Ruble, the Russian stock market continuing to remain closed, and assets being seized from Russian oligarchs.

“When the House returns next week, we will take up legislation to formalize this revocation, and it is our hope that it will receive a strong, bipartisan vote,” Pelosi’s statement reads. “Putin’s premeditated, unprovoked war is an attack on the Ukrainian people and an attack on democracy.”

Russian airstrikes intensified Friday in western Ukraine as satellite footage suggested Moscow’s forces outside Kyiv had regrouped after remaining more than a week outside the city.

Leaders from around the world have endorsed a United Nations probe into war crimes allegations against Russia following reports of civilians being bombed, including a maternity hospital earlier this week.

Undersecretary of State Victoria Nuland stated before a Senate hearing this week that “biological research facilities” have been operating in Ukraine. This came alongside a statement from the Russian Ministry of Defense accusing Ukraine of having destroyed pathogens being studied at a lab in Ukraine that the ministry says is funded by the U.S. Department of Defense.

Prompted by a reporter on Friday, Biden said that while he wouldn’t discuss intelligence, Putin would “pay a severe price if he used chemical weapons.”

The United States has upped its direct assistance to Ukraine over the past two weeks by $107 million and Congress passed a spending plan that included $13.6 billion in aid to the country. The United States also continues to send military and humanitarian aid to Ukraine, as the conflict has created about 2 million Ukrainian refugees.