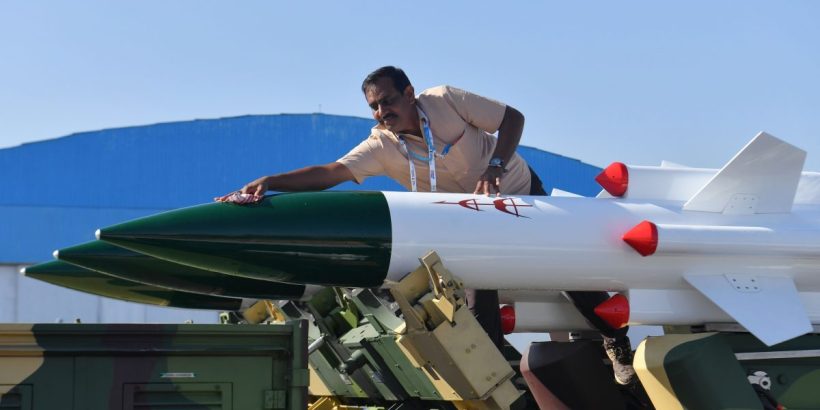 India’s government on Friday confirmed that it accidentally fired a missile into Pakistan’s airspace, blaming the incident on a technical problem.

The Indian Defense Ministry stated that “a technical malfunction” during “routine maintenance” was the cause of the “accidental firing” of the missile before it landed in a part of Pakistan on March 9. An investigation was launched into how it occurred.

“While the incident is deeply regrettable, it is also a matter of relief that there has been no loss of life due to the incident,” the Defense Ministry added in its statement.

A day earlier, Asim Iftikhar Ahmad, a spokesman for the Ministry of Foreign Affairs for Pakistan, said in a social media post that the country recorded an “unprovoked violation of its airspace by a ‘super-sonic flying object’” that came from India.

The “imprudent launch of the flying object not only caused damage to civilian property but also put at risk human lives on [the] ground,” Ahmad wrote. “Besides, the flight path of the flying object endangered several domestic/international flights within Pakistani airspace and could have resulted in a serious aviation accident as well as civilian casualties.”

An Indian diplomat was summoned by Pakistan’s Foreign Office on Thursday after the incident.

That official was told by Pakistan’s government to convey its “strong condemnation of this blatant violation of Pakistani airspace in contravention of the established international norms and aviation safety protocols,” it said, adding that “such irresponsible incidents were also reflective of India’s disregard for air safety and callousness towards regional peace and stability.”

Pakistani military spokesman Major-General Babar Iftikhar said in a Thursday evening press conference that the missile crashed near the city of Mian Channu, originating from the Indian city of Sirsa.

“And when it fell, it also damaged some civilian property. Thankfully, no loss or injury to human life was caused,” he said, adding that there were no sensitive military installations nearby.

Pakistan and India, which both possess nuclear weapons, have clashed over territory in recent years. The two nations have been embroiled in a conflict over the area of Kashmir for decades. Military experts have repeatedly warned about the risk of miscalculation or nuclear accidents between the two neighbors.

The two countries came close to a war in February 2019 when Pakistan’s air force shot down an Indian fighter jet and captured its pilot over Kashmir. The two nations have waged several wars since they gained independence in 1947 from British rule.