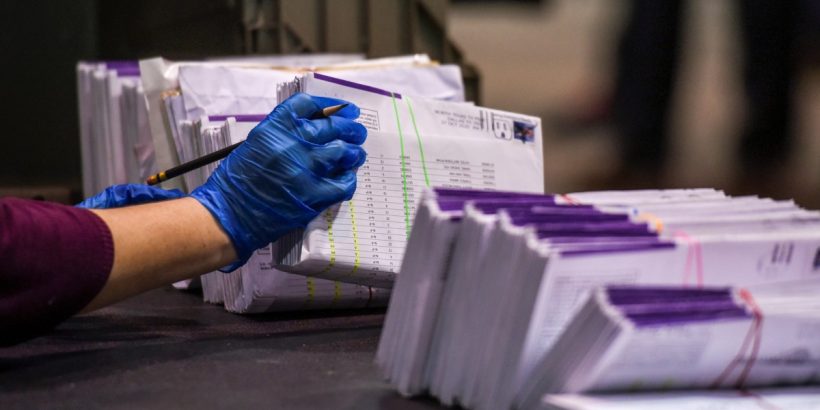 Officials in Bexar County, Texas, confirmed this week that more than 1,900 mail ballots were rejected during the March 1 primary, coming after the state legislature approved a bill last year to strengthen statewide elections.

County Elections Administrator Jacquelyn Callanen said that about 4,180 mail ballots had been counted, and she noted that 1,929 were rejected for not meeting the requirements under the new voting law.

“We’ve never seen it in those numbers,” Callanen told KSAT.

The law, SB 1, now requires voters to write the ID number associated with their registration on the envelope of a mail ballot—either a state identification number or the last four digits of their Social Security number.

“We’re going to just do public service announcements, everything we possibly can to not have this happen again,” Callanen said, saying she believes some people were confused by the new provision to provide an ID or Social Security number.

Earlier this week, officials in the state’s Harris County, which includes Houston, said that about 10,000 ballots were left uncounted due to a number of errors. The county’s election commissioner, Isabel Longoria, announced her resignation in light of the balloting problems.

“Today I am submitting my resignation, effective July 1,” Longoria said in an announcement. “I think this date ensures that there is a presiding officer during the May and June elections and allows the election commission the time they need to find a replacement. I remain committed to the office and its mission and hope to aid in defeating harmful rhetoric to ensure successful elections in the future.”

The Harris County Republican Party recently filed a lawsuit against the commissioner after the 10,000 uncounted ballots were discovered. But local reports said there were other issues with the primary election, including staffing problems, equipment issues, and longer-than-usual lines.

“The buck stops with me to address issues for voters and I did not meet my own standard or the standard set by commissioners,” Longoria said.

On March 7, the Harris County Republican Party filed a lawsuit against Longoria and the elections office for committing the “worst elections fiasco in Texas history” after the ballots were found uncounted.

Meanwhile, an analysis from The Associated Press found that some 27,000 ballots were flagged across the state.

Along the border, El Paso County reported that 725 mail ballots were officially rejected and not counted after a final canvass on March 7—about 16 percent of all such ballots cast. In Williamson County, officials reported 521 rejected mail ballots, nearly evenly split evenly between Republican and Democratic primary voters.

Roughly 8,300 mail ballots in Texas were rejected in the 2020 election, according to the U.S. Elections Assistance Commission.