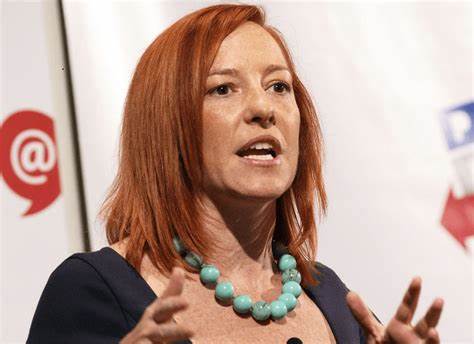 Additional spending for COVID-19, the disease caused by the virus, was ultimately left out of the $1.5 trillion omnibus bill approved by Congress Wednesday to fund government operations through September.

This is despite the call from President Joe Biden during his State of the Union address for Congress to approve $22.5 billion in new spending for treatments, vaccines, and other measures.

That amount was negotiated down to $15.6 billion and then ultimately left out of the bill as Republicans objected to the additional spending.

“We need this money,” said Psaki. “So, without additional resources from Congress the results are dire.”

Psaki says that in the absence of new COVID funding federal testing capacity will decrease later this month, pretesting and treatment—including vaccines and antivirals—for Americans without health insurance will end in April, and in May America’s supply of monoclonal antibodies will run out.

All told, the federal government has approved more than $7 trillion meant to address health and economic losses related to the CCP virus and subsequent government lockdown measures. And almost $3 trillion remains on the table designated as uncommitted including $200 billion meant for health spending, according to the Committee for a Responsible Federal Budget’s COVID Money Tracker website.

The website notes that its amounts “may not reflect all spent funds, as official data often lags by several weeks or months.” The website was updated at least as recently as Feb. 24.

Psaki did not respond to request for comment from The Epoch Times asking whether the COVID programs will end despite there being more than $3 trillion available.

“If we had that money to move around, we would be moving it and our assessment is we need this additional funding in order to meet the needs of the American public,” she said during Thursday’s briefing.

The Office of Management and Budget made Biden’s request for additional funding to House Speaker Nancy Pelosi (D-Calif.) in a letter last week, calling for $18.25 billion to the Department of Health and Human Services and $4.25 billion to the State Department and United States Agency for International Development.

In their objection to new CCP virus spending, a group of 35 Republican senators led by Utah Sen. Mitt Romney penned a letter to Biden on the same day requesting an accounting of already approved pandemic relief funds.

“Since passage of the American Rescue Plan in February, questions are mounting about where exactly the additional money has gone,” the GOP letter reads.

The Biden administration has raised concerns of waste with its COVID spending. Two weeks ago, it was reported that nearly half of the 500 million free COVID-19 tests the administration made available to the public had still have not been claimed as demand for tests dropped with the decline in cases.

On Thursday, Biden announced the Department of Justice has selected a chief prosecutor for pandemic fraud—a watchdog meant to go after criminals who have stolen COVID relief funding through fraud.