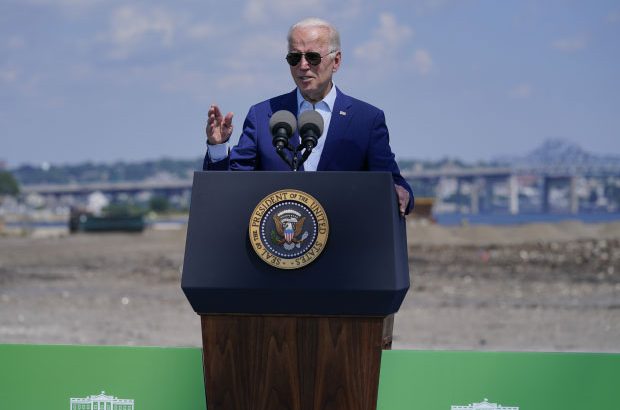 Let’s hope it was just a gaffe.

President Biden said Wednesday that he has cancer, though the White House quickly said it was only a mistaken verb tense.

Mr. Biden made the oddly casual remark about a potential deadly disease in a speech about global warming, citing emissions from oil refineries near his boyhood home in Claymont, Delaware.

“That’s why I and so damn many other people I grew up with have cancer and why for the longest time Delaware had the highest cancer rate in the nation,” he said.

Mr. Biden is known to have had cancer, but only skin cancers that had been cleared up before he took office. Those cancers were caused by the sun, not fossil-fuel emissions though.

Mr. Biden worked as a swimming-pool lifeguard as a young man, and later-in-life skin cancers are common in that line of work, especially for eras when sunscreens were luxury goods and weaker than what is available now.

When the New York Post asked the White House about Mr. Biden’s claim of having cancer in the present tense, spokesman Andrew Bates referred “to a tweet from Washington Post columnist Glenn Kessler, who noted that Biden had ‘non-melanoma skin cancers’ before he took office,” the Post wrote.

According to a health report last year by Dr. Kevin O’Connor, Mr. Biden “has had several localized, non-melanoma skin cancers removed with Mohs surgery before he started his presidency. These lesions were completely excised, with clear margins.”

Dr. O’Connor attributed those cancers as the result of Mr. Biden’s having spent “a good deal of time in the sun in his youth” and did not mention any current cancers.

“There are no areas suspicious for skin cancer at this time,” he wrote.

Mr. Biden blamed fossil-fuel emissions for his cancer while speaking in Somerset, Massachusetts, near a power plant that’s being converted from coal-based generation to supporting offshore wind farms.

News Stories Researched and Posted by Our Team…