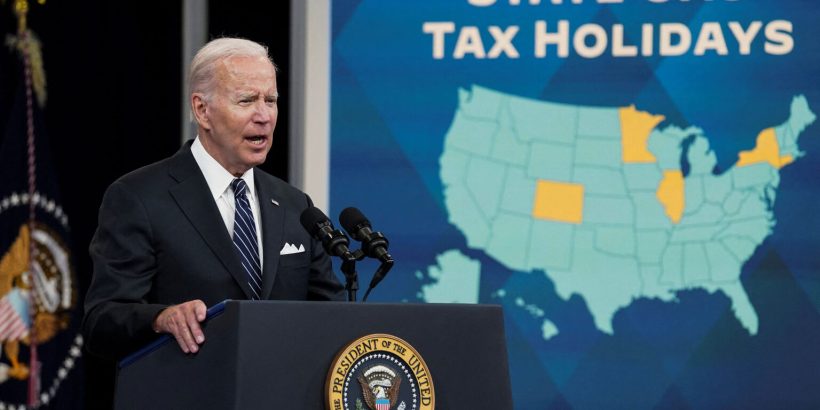 Even before Joe Biden made the official announcement that he was asking Congress to pass a three-month suspension of the 18.1 cents federal gas tax, the proposal was in deep trouble on Capitol Hill.

Both Democrats and Republicans questioned the wisdom of putting a $10 billion hole in the highway trust fund during a period of tight budgets. And there’s also a question of timing. Congress would have to vote again to remove the suspension in September — far too close to midterms for any politician in their right mind to add 18.1 cents back to the price of a gallon of gas.

Republicans have already given a thumbs-down to Biden’s idea, so a “No” vote from Manchin would mean Biden’s useless, gimmicky gas tax suspension will die aborning.

And as Manchin points out, simply suspending the 18.1 cents gas tax doesn’t mean that 18.1 cents will be coming off the price of a gallon of gas.

“Now, to do that and put another hole into the budget is something that is very concerning to me, and people need to understand that 18 cents is not going to be straight across the board — it never has been that you’ll see in 18 cents exactly penny-for-penny come off of that price,” Manchin said.

When the number two Democrat in the Senate tries to let the president down easy, you know the bill is in deep trouble.

Indeed, Biden’s PR gambit was meant to distract the public. Now, when it fails, Biden can blame Congress for refusing to lower gas prices.

Voters have gotten very cynical about such electioneering from politicians. If this proposal is still being talked about a week from now, we should be surprised.