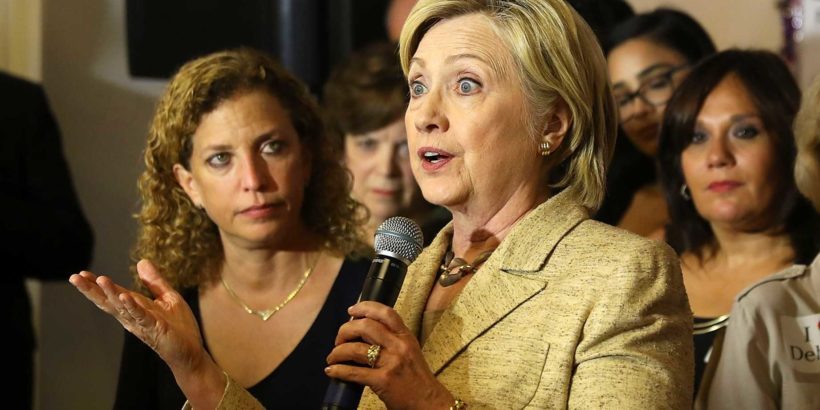 A new bombshell report released on Thursday evening alleges that an operative for the Democratic National Committee (DNC) reached out during the 2016 presidential election and asked for dirt on Donald Trump.

The Embassy got to know Ms. Chalupa because of her engagement with Ukrainian and other diasporas in Washington D.C., and not in her DNC capacity. We’ve learned about her DNC involvement later. We were surprised to see Alexandra’s interest in Mr. Paul Manafort’s case. It was her own cause. The Embassy representatives unambiguously refused to get involved in any way, as we were convinced that this is a strictly U.S. domestic matter.

All ideas floated by Alexandra were related to approaching a Member of Congress with a purpose to initiate hearings on Paul Manafort or letting an investigative journalist ask President Poroshenko a question about Mr. Manafort during his public talk in Washington, D.C.

“Reached by phone last week, Chalupa said she was too busy to talk,” The Hill reported. “She did not respond to email and phone messages seeking subsequent comment.”

A 2017 report from Politico noted: “Ukrainian government officials tried to help Hillary Clinton and undermine Trump by publicly questioning his fitness for office.”

“They also disseminated documents implicating a top Trump aide in corruption and suggested they were investigating the matter, only to back away after the election,” Politico added. “And they helped Clinton’s allies research damaging information on Trump and his advisers, a Politico investigation found.”

Politico’s report added that the effort directly impacted the 2016 race as it helped force Manafort’s resignation as Chairman of the Trump campaign and advanced “the narrative that Trump’s campaign was deeply connected to Ukraine’s foe to the east, Russia.”

The Hill further notes that the new statement from the Ukrainian embassy comes after a Ukrainian court ruled that the country’s National Anti-Corruption Bureau (NABU) “wrongly interfered in the 2016 American election by releasing documents related to Manafort.”

A separate report from The Hill in April noted that the Obama White House invited top Ukrainian authorities to Washington to discuss “two politically hot investigations: one that touched Vice President Joe Biden’s family and one that involved a lobbying firm linked closely to then-candidate Trump.”