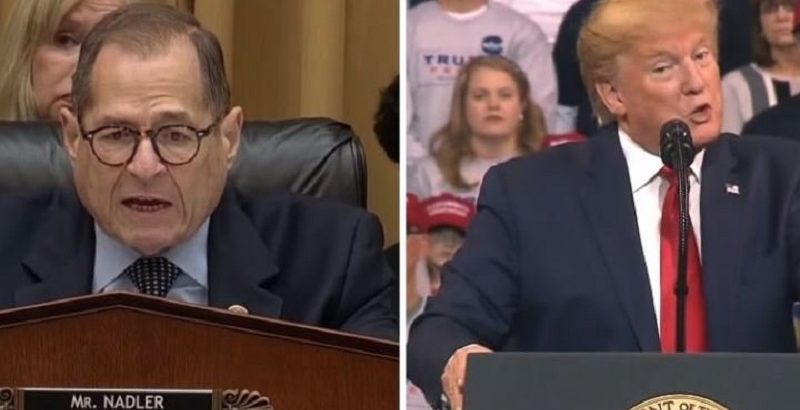 The Trump administration on Sunday notified the House Judiciary Committee that the White House will not participate in the “highly partisan” impeachment hearing on Wednesday.

The White House SLAMMED Democrats for scheduling the meeting knowing the President will be out of the country at that time.

On page 4 the White House also demands Nadler give Republicans their right to call witnesses and to cross-examine witnesses including the witnesses who previously testified. 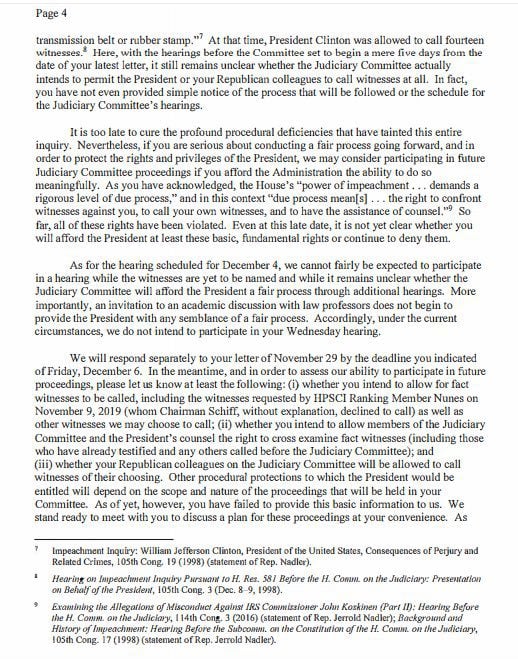 “The White House on Sunday informed the House Judiciary Committee it will not participate in Wednesday’s impeachment inquiry hearing but did not rule out taking part in future hearings.

The administration in a five-page letter to the committee ripped the process as “highly partisan” and accused the panel’s Democratic chairman of providing little information about Wednesday’s hearing.

“We cannot fairly be expected to participate in a hearing while the witnesses are yet to be named and while it remains unclear whether the Judiciary Committee will afford the President a fair process through additional hearings,” White House counsel Pat Cipollone wrote to Judiciary Committee Chairman Jerrold Nadler (D-N.Y.).

“More importantly, an invitation to an academic discussion with law professors does not begin to provide the President with any semblance of a fair process,” Cipollone wrote. “Accordingly, under the current circumstances, we do not intend to participate in your Wednesday hearing.”