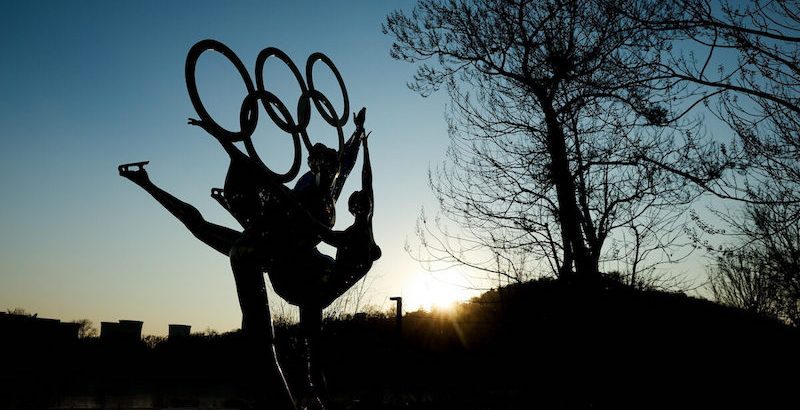 The Chinese Goverment has shown their true colors. Due to the carelessness of the Wuhan Laboratory, a terrible strain of the flu encompassed the world causing devastation everywhere!

As if that isn’t enough, the Chinese Goverment tried to hide the illness, and when they could no longer, they duped the world into purchasing ventilators, mask, gloves, sanitizer and a miriad of other money-making survival supplies.

China is a communist country known for the crackdown of 1 child per family, dicatatorial rule and organ harvesting. Reports of reeducation camps, genocide and other crimes against humanity have been circulating.

The Olympics are to be held in Bejing which would bring them a tremendous amount of revenue. Concerned Americans are urging the US to Boycott the Olympics due to these crimes.

If America does not take a stand against brutality of their citizens, will those same enforcements eventually come to our shores? We’ve already witnessed their power which affected the entire world with a global lockdown. Can we now assume with certainty they also have the power to bring a world-wide communistic ideology… a one world goverment?

With a little digging, we have learned this is their plan.

President Trump launched the ‘America First’ agenda because he understood the importance of preserving our freedom against socialism and communism.

With the UN-doing of Trump’s Executive Orders it is apparent the new administration does not.

Americans must fight to protect ourselves against a corrupt government who wishes to take away our liberty, our system of justice and our freedom.

Our stand may have to start in Bejing.

A group of Republican congressmen have jointly introduced a resolution calling on the United States to lead an international boycott of the 2022 Winter Olympics unless it’s moved from China to another location, due to the extensive human rights abuses committed by the Chinese regime.

The resolution, introduced by Reps. Guy Reschenthaler (R-Pa.) and Michael Waltz (R-Fla.), and lead Republican for the House Committee on Homeland Security Rep. John Katko (R-N.Y.), asks the International Olympic Committee (IOC) to rebid the 2022 Winter Olympics, which is set to be held in Beijing, China.

“As the Chinese Communist Party [CCP] commits genocide against Muslim Uyghurs in Xinjiang, the United States, the International Olympic Committee, and nations throughout the world have a responsibility to hold China accountable for its egregious human rights violations by moving the 2022 Winter Olympics from Beijing,” Reschenthaler said in a statement.

The Department of State in January under the Trump administration determined that the CCP’s treatment of Uyghurs and other ethnic minorities in the Xinjiang region amounts to genocide and “crimes against humanity.”

The move comes amid growing calls worldwide for the 2022 Games to be moved out of China. A group of Republican senators introduced a similar measure earlier this month, while the British and Canadian governments have also faced pressure from some politicians.

Secretary of State Antony Blinken has so far declined to comment on whether the United States would boycott the 2022 Winter Olympics in Beijing. However, he agreed with the genocide designation, stating that “forcing men, women, and children into concentration camps, trying to in effect reeducate them to be adherents to the Chinese Communist Party—all of that speaks to an effort to commit genocide.”

“Freedom-loving countries around the world must join together to condemn China’s behavior and show the CCP that the United States and the international community will not idly stand by while they commit atrocities against the Uyghurs, Hong Kongers, and other Chinese dissidents,” Reschenthaler said.

Waltz said in a statement that the resolution shows that the CCP is being held accountable for its “heinous acts,” including the “genocide in Xinjiang, crackdown on the democratic rights of Hong Kong, suppression of religious freedom, and coverup of the coronavirus outbreak in Wuhan.”

“Since the IOC has refused to move the Games we have no choice but to call for a boycott of the Winter Olympics in Beijing to send a clear message to the CCP that the world will not reward their atrocious and reckless behavior by giving them a prominent international platform,” Waltz said.

The IOC, in a previous statement to The Epoch Times, said that its evaluation commission had “considered the views of independent NGOs with respect to  a number of  issues, including human rights” in selecting Beijing to host the 2022 Winter Olympics, and raised the concerns with government authorities.

“We received assurances that the principles of the Olympic Charter will be respected in the context of the Games,” it added, and said it would continue to discuss “Games-related issues” with the organizers.

Katko added that the United States “simply cannot in good faith” participate in an Olympic Games in a country that is committing genocide, and “continuously attempts to manipulate and lie to the global community about it.”

“For far too long, the Chinese Communist Party has become increasingly bold in its efforts to suppress its own people, weaponize their private sector for intelligence and military purposes, exploit the data of Americans, and manipulate global markets—posing distinct threats to our homeland security and American way of life. It’s time they are held accountable,” Katko said in a statement.

He added, “This time-honored contest amongst nations should take place in a deserving country that actually lives up to the values of the Olympic Charter, not one that blatantly undermines our foundational values.”

A coalition of over 180 groups, including the International Tibet Network and World Uyghur Congress, signed a joint letter earlier this month urging governments to boycott the 2022 Games.

Cathy He contributed to this report.