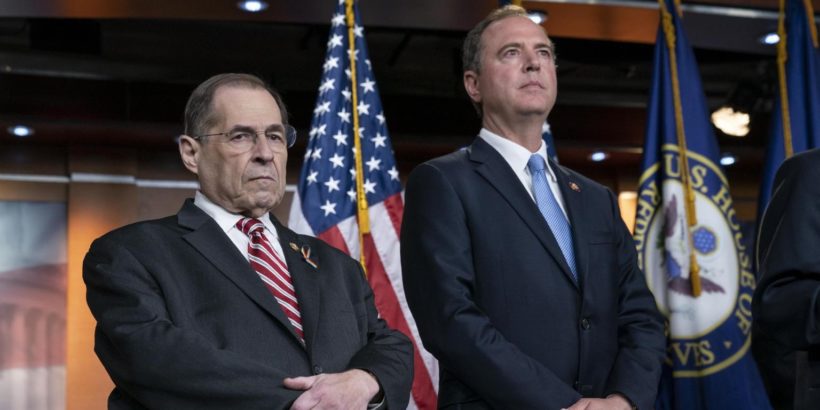 According to a new report by NBC News, House Democrats are starting to put together a “9/11-style commission” where they will be investigating President Donald Trump’s response to the coronavirus. This revelation is quite shocking considering America is focused on beating the deadly disease and Democrats are more worried about investigations.

NBC News reports that “informal discussions” have started on how the administration was prepared to fight the disease and how the Trump Administration’s used the National Defense Authorization Act.

“One option could be a plan to review the administration’s response in the annual National Defense Authorization Act,” two sources told NBC News. “The review would focus on lessons learned about the government’s preparedness and what the administration could have handled better, they said, adding that the goal would be to come up with a better plan to handle a pandemic in the future.”

Guess who is behind the investigations: Adam Schiff. The Daily Wire reports:

With Congressional Democrats at the helm, though, it’s likely the investigation would be a “wholesale examination of the administration’s response” to the coronavirus crisis.

At least one prominent Democrat involved in the first set of impeachment inquiries, Rep. Adam Schiff (D-CA), took to social media Wednesday to tease a possible House investigation, and announced that he’s “working on a possible bill” to create a “nonpartisan commission” on coronavirus.

“After Pearl Harbor and 9/11, we looked at what went wrong to learn from our mistakes,” Schiff tweeted. “Once we’ve recovered, we need a nonpartisan commission to review our response and how we can better prepare for the next pandemic. I’m working on a bill to do that.”

After Pearl Harbor and 9/11, we looked at what went wrong to learn from our mistakes.

Once we've recovered, we need a nonpartisan commission to review our response and how we can better prepare for the next pandemic.

I’m working on a bill to do that.https://t.co/uqO3BwVldN

How insane are the Democrats? Absolutely CRAZY!