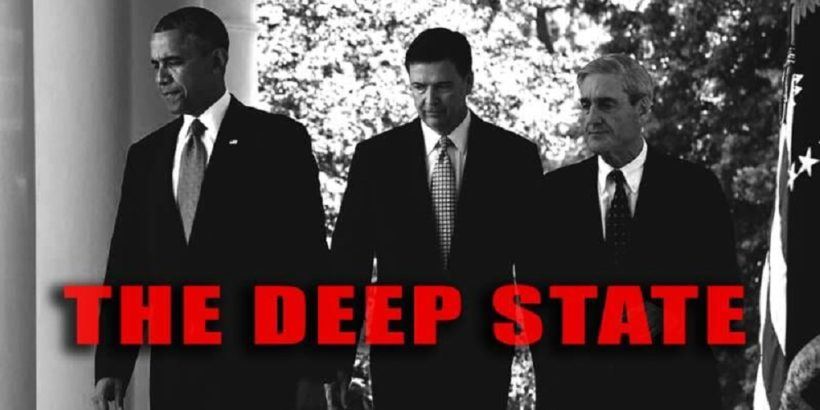 Former US Attorney Joe diGenova was on the Howie Carr Show this week and he provided some more inside information regarding General Flynn’s case and the unraveling of the coup to remove President Trump from office.

Former US Attorney was on with Howie Carr again this week and he dropped some more bombshells about the current investigation of the investigators involved in removing President Trump and his team from office.

diGenova discussed the Durham investigation and said at the 5:30 mark that Durham is building a conspiracy case and anyone who lied to the court will be indicted for obstruction of justice charges:

The bottom line is this, it’s unfolding and what’s happening is, what Durham is actually doing is he’s painting a picture and not everyone of these acts is going to be a specific separate crime.  But they are going to be, what’s called overt acts in a conspiracy.  One to defraud the United States government.  One to deny the civil rights of Trump and Flynn and Page and a bunch of other people.

TRENDING: BREAKING: Former FBI General Counsel James Baker Has Flipped! Durham is Building Conspiracy Case on All of Those Who Lied to the Court!

At the 8:55 mark diGenova drops another bomb when discussing the notes that were released today that show the government was actively working to frame General Flynn:

DiGenova: Who was a target, is now understandably cooperating because he was looking at a boat load of criminal charges.  Once these notes were discovered, and by the way, these were the notes that [FBI Director] Chris Wray and Dana Boente did not want turned over.

At the 10:30 mark, diGenova discussed the General Flynn case that is falling apart on the Mueller gang as we speak.  Hero General Flynn was set up and framed by Obama’s Deep State.  He was illegally spied on and coerced into a guilty plea by the Mueller gang and his then attorneys by threatening to arrest and indict his son.  Neither Flynn or his son committed any crimes.

During a status hearing before his sentencing date, the judge overseeing his case went crazy, accusing General Flynn of treason.  deGenova explains:

I have no idea what’s in the mind of Judge Emmet Sullivan who used to seem like he was a really disinterested kind of noble guy.  He proved that right in the Ted Stevens case.  But his comments during the final status hearing before he set a sentencing date for General Flynn were so awful and so fundamentally stupid and we found out, we did an analysis, my Victoria and I did an analysis of the statements he made on the record.  We got the transcript.

Remember when he came out and he accused the General of committing treason and started asking him a series of questions that the prosecutors, who were fumbling, they didn’t know how to answer him?  He said in a series of statements, the judge did, exact words, line for line that Rachel Maddow had said the night before on her  show when commenting on the upcoming Flynn hearing.  It’s scary and if that’s what this guy is looking at before he comes out on the bench, he came out after a break and apologized for using the word treason, but his conduct since then has been bizarre.  I don’t know whether the guy’s sick, old or not ready for prime time anymore.  It seems to be a disease that’s prominent in Washington DC.  Biden can’t talk.  Pelosi can’t talk. The judge in the Flynn case can’t talk.  It’s amazing.

DiGenova went on to suggest that the President is going to pardon Roger Stone or do something before he’s put in jail.  The judge in that case, Amy Berman Jackson, was horrible, as we’ve reported numerous times at this news site.

Obama’s crooks in the Deep State FBI, DOJ and Intel communities cannot go to jail soon enough.  If they committed treason, they should be dealt with promptly.