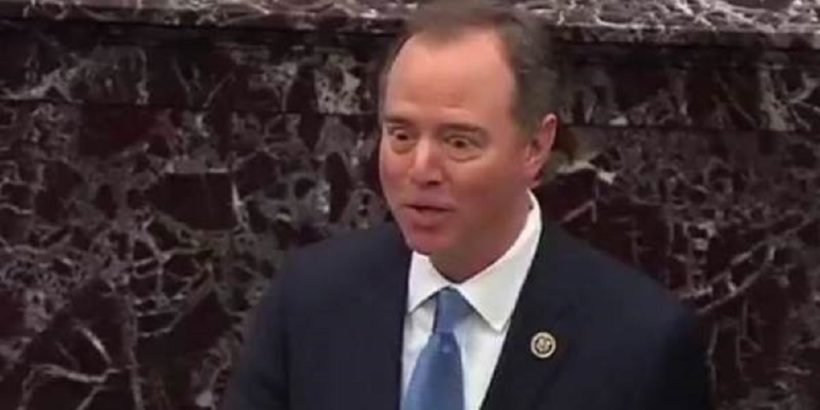 On Thursday Rep. Adam Schiff, the most dishonest and compulsive liar in Congress, sent a letter to the CEOs of Google, YouTube and Twitter to urge them to use their “authoritative” powers to censor and silence voices during the coronavirus pandemic.

Last week YouTube CEO told CNN the company would silence anyone who strayed from official WHO policy.
Google is cool with that.
In fact, the company is very proud of her censorship.

YouTube CEO Susan Wojcicki says anything that goes against the W.H.O. is a violation of YouTube policies. All content that isn’t “medically substantiated,” such as advising people take Vitamin C, will be removed by the platform. pic.twitter.com/OinPge6KoZ

Remember this in November. Democrats support this and want MORE censorship and silencing.

I sent a letter to the CEOs of @Google, @YouTube and @Twitter urging them to proactively inform users when they’ve interacted with medical misinformation.

They can help save lives. pic.twitter.com/WTEFFr31TB

Twitter and Google can start by silencing Adam Schiff.

Here’s a good reminder of Schiff’s lies in the House Impeachment Hearing.

WATCH Adam Schiff claim to be using “parody” to facilitate his LIES about @realDonaldTrump.

This guy is SICK!

Schiff apparently thinks he’s a comedian rather than Chairman of the House Intelligence Committee…
pic.twitter.com/tKjZHhkgtY