Tactics Used To Control Population In Hopes Of Removing Trump 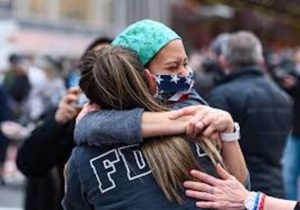 People all over the globe are realizing this coronavirus is not as dangerous as the MSM said it would be. Millions of people did not die, most of those who did get it, recovered.  As the cure is being discussed and tested, all the fear and panic around it, is disappearing.

Clinical trials on HCQ have been taking place since 2005.  This generic pill works great and costs only .63 each. 11 US manufacturers make this pill. Knowledge is power.

There is another drug that has a patent on it. It costs about $1,000.00 per pill and there is only 1 manufacturer. It appears the CDC pushes drugs and vaccines. Now it is clear why the MSM/DS downplays HCQ. Follow the money.

The husband and wife who, after listening to Trump praise hydroxychloroquine, decided to ingest fish tank cleaner. He died and she went after Trump. Come to find out, this was not a prescription, she has been trying to divorce her husband, and the authorities are investigating her for murder.

Joe Biden’s accuser is calling on his staff to release private records of his 36 years as a senator. Tara Reade believes her sexual assault complaint form is there. Will Biden be able to stand up to Reade’s allegations? Can he hold his candidacy long enough for the MSM narrative to spin in his favor? The DNC only wants Biden to step down due to memory loss, nothing else. His replacements are on stand-by.

The DS is desperate to shut down any information other than their own talking points. We’ve seen censorship happen across most social media platforms which many are now experiencing first-hand.  The MSM is desperate to spin the truth. Are they really the voice of America or are they truly the enemy of the people?  Be prepared for the MSM to spin upcoming narratives. Desperate times call for desperate measures.

The online gaming app called, the Star Wars Commander has a chat room. Many players use this chat room to communicate while playing. The DS knows this. Documentation shows ‘players’ were talking in code regarding Flynn and others. Could this be how leaked information makes it’s way to major news networks?

In addition, an Anon noticed the dates of these chats matched perfectly with major US shooting incidences. Was the DS using this app for secret comms to create false flags? Now we learn this gaming system has been disabled. Interesting timing.