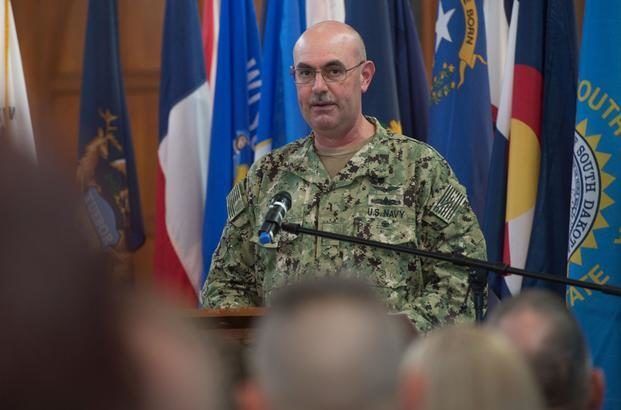 C-VINE Editor’s Note: The firing of Cuba’s, Guantanamo Bay Commander who operates the detention camps at GITMO, has many implications and possibilities.

This mandate has come out ONE DAY BEFORE the next tribunal pre-trial round of proceedings with Khalid Sheikh Mohammed et al on April 29, 2019.

Something BIG is about to come out!

The following article explaining the incident comes from Military.com…

The commander of the joint task force that operates the detention camps at Guantanamo Bay, Cuba, has been fired, U.S. Southern Command announced Sunday.

Rear Adm. John Ring, commander of Joint Task Force-Guantanamo, was relieved Saturday by SOUTHCOM commander Adm. Craig Faller due to a loss of confidence in his ability to command, officials said in a release. Army Brig. Gen. John Hussey, deputy commander of JTF-GTMO, is now serving as acting commander.

“This change in leadership will not interrupt the safe, humane, legal care and custody provided to the detainee population at GTMO,” officials said in a statement.

A spokesman for SOUTHCOM told Military.com that Ring has been temporarily assigned duties at the command’s Miami headquarters pending forthcoming permanent reassignment. He would not comment on the reasons for Ring’s relief or any additional actions that might be taken.

Ring took command of JTF-GTMO in April 2018. A naval flight officer, he was commissioned in 1988 and previously served as the executive assistant to the Navy‘s director of air warfare. He has also completed command tours with the carrier Nimitz, the dock landing ship Comstock, and Carrier Airborne Early Warning Squadron 113.

JTF-GTMO has had 17 commanders since its creation in 2002.

© Copyright 2019 Military.com. All rights reserved. This material may not be published, broadcast, rewritten or redistributed.